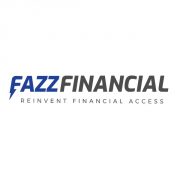 FFG wants to tackle the 290 million underbanked in the region

The investment sees both firms combine to become the Fazz Financial Group (FFG). The group’s aim is to improve financial inclusion across Southeast Asia.

Both Payfazz and Xfers are graduates of the Y Combinator accelerator programme, also known as the “start-up school”.

Xfers acts as the group’s designated business-to-business function. It will connect external merchants to the Payfazz infrastructure.

The firm claims to already have around 10 million underbanked customers on its books, mainly through connections to mom-and-pop stores.

Southeast Asia has an underbanked population of 290 million, according to Fitch Ratings. Only 18% of the population in the region has access to credit, lower than 37% of the proportion deemed “digital-ready”.

Kwik describes the combination as a “natural next step for both firms.” He says it brings together a “vast local Indonesia network” and a “robust payments infrastructure.”

FFG says the its focus for the rest of 2021 is on strengthening the combined payments network, and developing new product offerings.

Two of those new products are a ”zero-integration” solution catered to Singapire merchants, and a platform to enable fintechs to connect to commercial customers.

“We are thrilled to further deepen our partnership with Payfazz,” says Xfers’ Liu. “With more resources at hand, we are also looking forward to helping more brands enter Southeast Asia.”