Sopra Steria has invested in Particeep, joining Truffle Capital in a €2 million venture round for the Software-as-a-Service (SaaS) fintech. 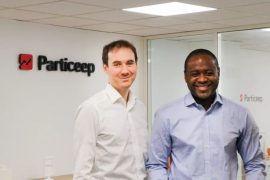 Particeep promises to digitalise and simplify the underwriting of banking, insurance and savings products.

It also offers a white-label distribution platform for online distribution of savings and investments, directly and via wealth advisors.

The firm has expanded into four countries: France, Luxembourg, Portugal, and the US. It claims to have accrued more than 100 customers, including Credit Agricole and Groupama.

Particeep has now raised €4.4 million since 2013 across four rounds.

Sopra Steria and Truffle Capital come on board as minority stakeholders. Particeep says its latest injection enables it to finance growth.

Sopra Steria will integrate Particeep into its core offering, which the latter reckons will increase its reach by 1,500 firms.

“The democratisation of the distribution of financial services on platforms is underway,” says the fintech’s co-founder Steve Fogue.

“Particeep will be able to position itself as a key player in this digital transition with the support of new shareholders.

“We look forward to this strategic alliance with Sopra Steria and Sopra Banking Software that will enable us to accelerate the international deployment of our solutions.”

Sopra Banking Software senior vice president, Guillaume Blot, says its investment is part of a desire to “contribute alongside fintechs shaping the finance of tomorrow.”