If one thing in 2020 became clear, it’s that many of the existing systems we once relied on and trusted just don’t function like we need them to. National economies across the globe, most of them already deep in debt, have struggled to manage ongoing uncertainties. COVID-19 was not the sole cause of the damage, but it has made it worse, and served as a catalyst to highlight systemic issues even further.

We are seeing hyperinflation ravish developing countries, and increased volatility in stock markets making it harder to save or generate wealth. We’re also seeing communities turn back to more traditional forms of trade, outside the realm of fiat money. Over the past year, in countries all over the globe, we saw folded tables on street corners offering everyday goods like rice and sugar, asking people to take what they need and leave what they can. 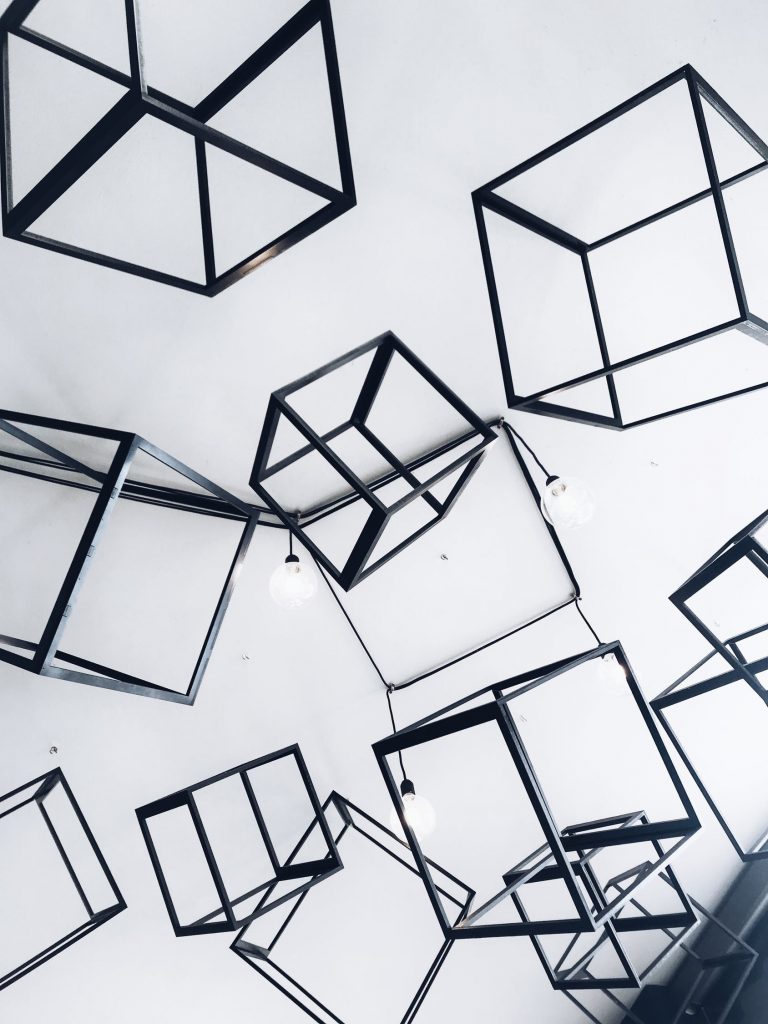 Local barter exchanges have opened up as a more reliable form of commerce when people are cash-strapped, but have other goods or services to offer. Roofers might fix leaks and get paid in accounting services or restaurant vouchers. This has been a constant throughout history. When things get tough, economies collapse, or when war disrupts life, people always revert to barter.

Now more than ever we need greater reliability; if we can’t even trust our money to be worth the numbers printed on it, then we should seriously question why we have this system in the first place.

Looking back at the invention of the financial system

To understand the roots of this problem today, and why in times of need people revert to a seemingly antiquated system of trade, let’s go back to why we invented money in the first place. Barter is the oldest, most natural method of economy we have, dating back to 6000 BC. But if it’s so natural and stable, then why did we shift to trading with currencies?

Simply put, practicality. As empires expanded and came into contact with other cultures, transporting large amounts of goods over long distances simply became impossible. What’s more, people in different parts of the world have different needs and wants; some sort of medium was needed. Money, invented in early antiquity, became a logical reaction to the number of goods and services becoming more extensive and the physical space between them increasing. It has obviously proven to be a successful idea.

But there’s one other fundamental problem with barter that money solved. Barter systems are intuitively simple, a demand met directly by a supply, typically between two people. This one-for-one match is called a trade pair. But the more goods (supply) and the more people (demand) you introduce to the system, the more possible trade pairs you have and the more complicated everything becomes.

The modern day commodity of money (or moneys) took thousands of years to evolve through a process of constant optimisation. At one time or another we’ve used stones, shells, gems, and metals. Thanks to globalisation, the reach of traders and merchants expanded, cementing the need for a universal method of exchange. Over time, the gold coin became a banknote, the banknote became digital, and then morphed into today’s credit system.

Money was a success because it scales well and doesn’t require a market maker. But that doesn’t mean it’s the most natural, simple, or stable system. And as we all know, it’s not like fiat currency is a perfect solution. Currencies have come and gone over the years, while issues like hyperinflation have turned people’s lives upside-down. It’s mind-boggling that we’ve never really considered alternative solutions, other than continually improving a universal medium of exchange by making it more transferable. Imagine what would have happened if we had put that same effort into optimising barter and fixing the problem of market making?

Have we, as a society, stopped pursuing other, better, possibilities? The monetary system’s resistance to change is incredible. Those who run it maintain a staggering level of power and control, and the profit from controlling this system is immeasurable. Any attempt to question it is like a mouse fighting a tiger. But, just for the sake of argument, let’s think about what might be realistically possible with today’s technology.

Today, we are seeing a third way with alternative assets. Traditional safe havens like gold, and new ones like Bitcoin, are seeing huge increases in market cap as a hedge against inflation. But the innovation I’m most excited about are asset backed tokens. These are digital claims on real values backed by real assets, making them true “stablecoins”- stable by value, not denomination.

These are a refreshing change to typical financial products that aren’t actually backed by anything, and sit there waiting for an economic wobble to send them tumbling down.

Assets like gold or stocks have long been limited to those with enough financial backing to buy-in. But now, thanks to blockchain technology, assets can be fractionalised, meaning whole, physically indivisible assets can be broken digitally into fragmented claims.

But what to do with these asset backed tokens? How can these digital claims actually translate into liquidity and provide an alternative to existing monetary systems? The answer lies with our old friend barter. After thousands of years, we have finally made a new breakthrough, a digital innovation that solves barter’s fatal flaw of scalable matchmaking.

For example, let’s say you’re a farmer growing soybeans, but you want to acquire some cattle by trading your soybeans to a local rancher. Unfortunately, the rancher doesn’t need any soybeans. This is the biggest issue with a traditional, analogue barter system, the need for matchmaking. If you want to exchange your soybeans for cattle but they only need, say, diesel, you need to first find someone who has diesel and is happy to trade it for your soybeans. Then you can take that diesel to the rancher to get the cattle you want. And things get even more complicated as you add more people and goods to the equation.

However, there is an elegant digital solution to this complexity: tokenisation. When you create a digital representation of a real item, like cattle, soybeans, gold, or oil, and if this digital representation is backed by the real item, you can create an asset backed token. The token is simply a digital placeholder for the real item. With this token, you can go to the issuer who has the physical asset and claim some of it in exchange for the token.

If we try to just barter these digital items like we would in the real world, we end up having exactly the same problem of scalability and matchmaking that all the old barter systems ran into. There are simply too many trade pairs. But by digitising (tokenising) these items in a blockchain-secured database, a special protocol can then instantaneously map out intricate trade routes for not just one item, but thousands. This algorithm identifies all the possible exchange chains that end with your desired item, and selects the best path through them. Then, it triggers all these swaps instantaneously.

Going back to my example of the famer, if it was possible to instantly trade soybeans for diesel and then diesel for cattle, for all intents and purposes you would in fact be trading soybeans for cattle. Doing all this, moving assets from one trader to the next in the real world is extremely difficult. But moving these claims on a blockchain simply takes a click.

In the real world, it would take a lot of time to negotiate and execute the individual trades, and of course trust is necessary so that one party does not get shorted and end up with half of the goods. Again, blockchain solves these issues. Trust and speed are ensured, since all these trades are taking place at exactly the same time and are cryptographically secured; either they all happen at once, or none of them happen at all.

This execution of multiple simultaneous exchanges is called an atomic swap, which enables direct trade in ways we’ve never seen before. Instead of relying on a third-party or centralised authority to work out the matchmaking, this algorithm does it seamlessly for you and your peers. Instead of having to work out all the people you need to trade with in order to get what you need, you simply input what you have to trade, what you want to get, and click start. In practice, this makes pretty much anything tradable for anything else, creating incredible new opportunities for accessing wealth.

The best part is that this all isn’t some nerdy fever dream. The technology and infrastructure are here and ready for mass adoption. We are already seeing blockchain-based trading happening all around us – in the form of digital art, gaming collectibles, or real estate for example. Houses and artwork are purchased minus an intermediary, fractionalised for those who cannot afford an entire asset, and transferred securely and unalterably on an instant, borderless network.

I’m convinced that the demand for real, secure assets in the midst of all this uncertainty we are facing will trigger a “gold rush” of sorts in the not so distant future, just as it has in every past period of economic uncertainty. The difference is that today, we have the technology to create our own “gold,” to create real value out of anything that’s ours. This creates limitless possibilities for the issuers who own the values outright, as well as the ones looking to invest.

This doesn’t just apply to the wealthy or the 1% who want to tokenise their real estate holdings or yachts. This applies to the local entrepreneur, the family renting out their spare room, the shepherd with a few extra sheep. Just as micro-lending revolutionised the fight against poverty, these small tokenised shares enable anyone who owns something to make a return on it, no matter how small.

Modern blockchain powered barter systems will change the way we view accessing, growing, and owning wealth. They solve the problems of inflation and expensive intermediaries, all while providing more value to any commodity than the fractured monetary system we use today. In practice, this means more ownership, wealth, and financial stability, in a simple peer-to-peer barter system that’s able to scale thanks to blockchain.

Here’s the best part: all of this is not a what-if. The technology, the precedent, and the need are already here. Will we continue to accept the status quo and remain stuck in our ways? Or will we be brave enough to think a little differently and create our own wealth?