HSBC’s US head of innovation, Jeremy Balkin, is leaving the bank after six years leading its strategic digital partnerships in the States. 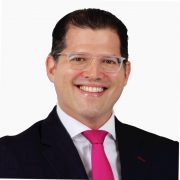 Balkin broke the news on LinkedIn last week. “We started a journey in 2015 that grew to become a movement,” he wrote.

“We achieved things together with fintech that had never been done before inside a 150+ year old financial services powerhouse.”

Balkin joined HSBC in 2015 from private advisory firm Karma Capital, where he had sat as president for just over two and a half years.

During his time at the bank Balkin authored two books on fintech and innovation, in 2015 and 2017.

The former HSBC exec neglected to mention where he may be headed next.