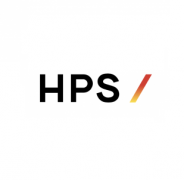 HPS has snapped up the remaining 80% of ICPS

ICPS, a payments processor targeting regional banks and telecoms firms in East Africa and beyond, claims 30 clients and 10 million transactions managed a month.

Launched in 2008, ICPS was a partnership between MCB and HPS, with the latter owning a minority stake of 20%.

ICPS’ systems are based on HPS’ PowerCard software, something which the vendor says will ease integration between the two firms.

HPS says the acquisition sets it apart as a “major payment plater in Africa”, as the combined presence stretches to more than 30 countries.

Neither MCB nor HPS have disclosed the financial details of the deal, which is expected to close after regulatory approval.