Equifax has acquired transaction analytics firm AccountScore as it aims to boost its ability to offer open banking solutions. 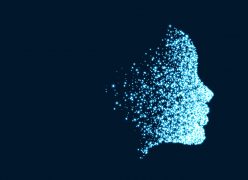 The credit scoring giant wants to enhance its consumer and commercial product offerings. It plans to combine its traditional credit bureau information with bank transaction data.

AccountScore and Equifax previously signed a partnership and cooperation agreement, and have worked together since 2019.

Patricio Remon, Equifax’s European president, says the deal is “a natural next step” for the firm.

“AccountScore is a pioneering company with a proven track record of building innovative Open Banking platforms and this signals our commitment to continuously evolve.”

Neither firm has disclosed the financial details of the merger.

Emma Steeley, CEO at AccountScore, says the two firms have “an established and successful partnership.”

She adds: “Open banking is going from strength to strength, with the adoption in both the consumer and small and medium-sized enterprises (SME) markets growing rapidly each month.

At the end of 2020 the Open Banking Implementation Entity (OBIE) reported the number of regular users of open banking technology had reached more than two million.