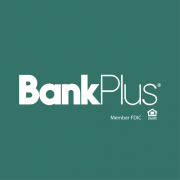 BankPlus’ legacy system has run since in the 90s

Founded in 1909, BankPlus serves customers in the states of Mississippi, Alabama , and Louisiana. The bank holds around $4.5 billion in assets under management.

The bank’s existing core infrastructure has been in place since for three decades. It sought a change to improve user experience and workflows for its employees.

“Both directed us toward Jack Henry as the leading partner to work with. They have a strong reputation for superior customer service.”

She adds that it’s essential for banks to use new infrastructure to fuel future growth, and her firm has always had “an open approach to banking technology and culture”.

Jack Henry & Associates’ Epsisys system, implemented by its Symitar division, also saw a selection and a go live in recent months. These were with CODE Credit Union and Texas Credit Union.