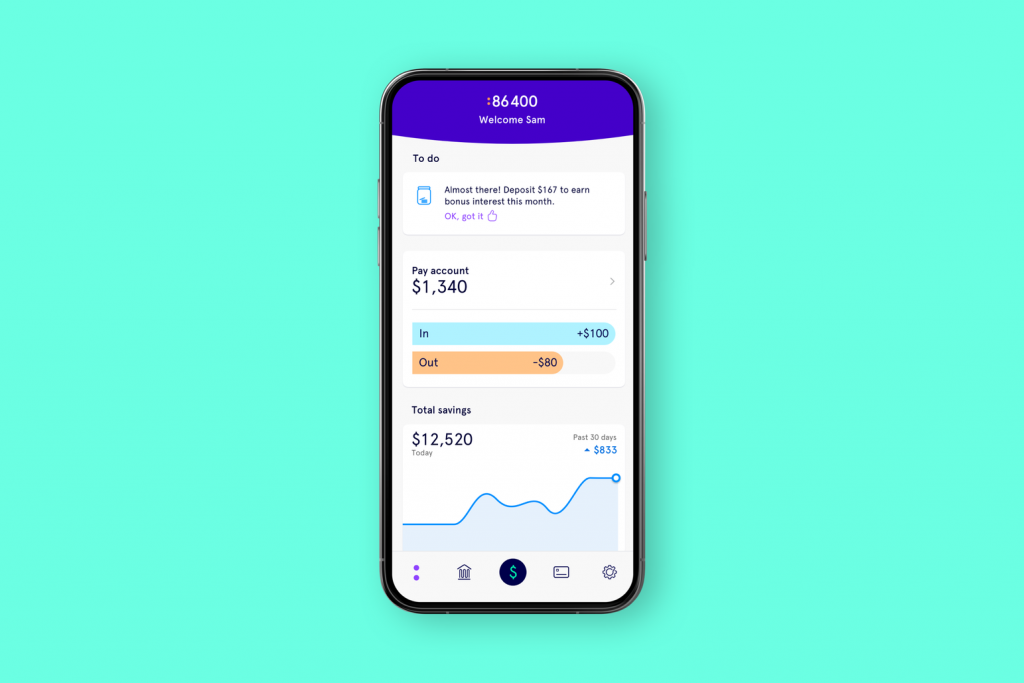 86 400, which bagged its banking licence back in 2019, has decided to combine with NAB’s digital offshoot, UBank. The challenger currently offers a host of savings features and provides home loans.

The deal, still subject to regulatory and shareholder approval, will transfer all 120 of 86 400’s employees over to NAB. The Australian incumbent already holds an 18.3% share in 86 400, having recently participated in the fintech’s Series B.

The capital raise, which began gathering momentum just three months after its $34.5 million Series A, is not officially recorded on Crunchbase yet.

Already owning a minority share, NAB intends to buy the remainder, valued at around $220 million – a premium compared to the price new and existing investors paid during 86 400’s Series B.

86 400 launched the first digital mortgage for brokers in November 2019. It claims to house more than 2,500 accredited brokers.

Anthony Thomson, the challenger’s chairman, adds that the deal “means we’ll be able to invest even more” into developing new products.

UBank currently serves some 600,000 customers, according to its CEO, Philippa Watson. For NAB, the deal is likely tech related. Developing in-house is both timely and costly for incumbents.

Paying $169 million is likely a faster, cheaper route than the five and ten-year-long digital transformations banks worldwide are still in the midst of.

According to The Sydney Morning Herald, the deal is tipped to receive serious scrutiny from regulators. They are keen to stave off the Big Four eating up their fintech competition.

The Australian Competition and Consumer Commission’s (ACCC) chairman, Rod Sims, spoke to the national paper last week. He said the regulator was “on the lookout” for Big Four acquisitions which violate competition.

“You’ve got four big banks with a fair bit of market power. They are a very well-established oligopoly,” says Sims.

“The most likely form of challenge is going to come from innovative fintechs coming up with new ways of doing things. We want to make sure that consumers do benefit from that. What we are on the lookout for is the big four […] buying anything that has the potential to be a vigorous competitor.”

The ACCC, alongside a number of other regulators, will have to approve the deal. NAB’s chief operating officer Les Matheson argues the deal isn’t in breach on the basis that UBank “is actually quite separate” from the bank’s main operations.

“This supports and helps competition in the Australian banking sector,” he tells The Sydney Morning Herald. “It may not seem like that, but UBank is actually quite separate from the mainstream business.”

Xinja, one of Australia’s other neobanks, disappeared last month after it crumbled under the pressure of its high interest rates.

Unable to pay the returns on rates it promised in January 2020, Xinja pulled the plug on its operations.

The exit highlighted how difficult the Australian banking market is to enter and sustain operation in as a newcomer.

With no lending product to make up the cash it was burning to uphold its interest rate – which began at 2.25% and then dropped to 1.8% – Xinja could no longer function.

That, paired with a $255 million capital injection from Emirates’ World Investments (WI), an investment group based in Dubai, which never came through, sealed its demise.