Wealthpilot, a Munich-based start-up, has raised €8 million in a new financing round, including €3.4 million from major investor Seventure. 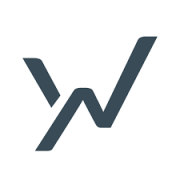 Angel investors, alongside Bayern Kapital and MIG Fonds, made up the remainder of the amount.

The firm says that the total assets managed by its platform have risen to a total of €42 billion, a tenfold increase from 2018.

It has raised €14.9 million in total across three rounds. Its last raise, a €4.9 million venture round, occurred in October 2019.

The firm plans to use its new funding to develop the depth of its aggregation tools and include new asset classes like real estate.

“Wealthpilot creates a basis for everyone to have a clear picture of what their financial situation looks like and how,” says co-CEO Stephan Schug. “We want to give the customer a financial home for his or her assets.”