B-North, an upcoming Manchester-based challenger bank for small and medium enterprises (SMEs), has raised £250,000 in funding. It also inked a deal with Channel 4 Ventures. 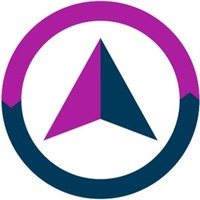 B-North, which has yet to receive a banking licence, is hoping the latter will help it raise awareness.

The two deals are part of B-North’s Series A funding round, targeted at £20 million in total.

B-North is planning on establishing regional SME lending pods to provide finance to local businesses. The first of these, in Manchester, plans to open in 2021.

“I am delighted that GMCA continues to support B-North,” says Jonathan Thompson, CEO of B-North. “We look forward to working with them to drive forward the regional economy.”

He highlights a “tremendous strategic fit” between Channel 4 Ventures and B-North. Thompson calls their involvement a “humbling vote of confidence”.

Thompson has previously told Fintech Futures his firm is the “antithesis to everyone set up in London”.

He has compared big banks in the UK to department stores “generally okay at doing lots of things”.

In late 2019, the firm signed on Newcastle Strategic Solutions to provide outsourced deposit taking. It picked Wiserfunding for risk grading and TruNarrative for onboarding.

David Molyneux, GCMA lead for investment and resources, says it is “vital” the city’s SMEs have access to finance.

“It’s often these businesses that are overlooked by traditional lenders, but they will be essential to help with the revival of our city-region’s economy.

“This additional GMCA investment will support B-North as it seeks authorisation to launch a bank headquartered in Greater Manchester and improve access to finance in the region.”