Founded by a UK-based entrepreneur, made in Germany, and designed for Brazil – fintech start-up Dinie, pronounced “genie”, brings with it a colourful origin story.

Led by two women, ex-Santander UK employee Suzy Ferreira and Sao Paulo-based Andrea Burattini, Dinie set up shop in Germany in 2018. The start-up leverages the market know-how of the UK, as well Germany’s technology and capital. 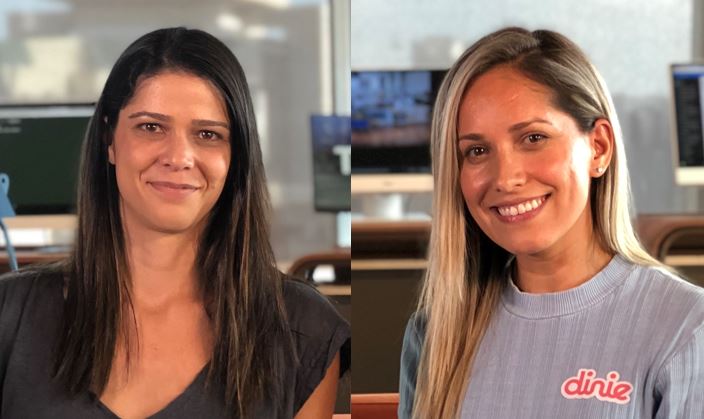 Since November 2019, Dinie has offered Brazil’s more than seventeen million – according to Ferreira – small businesses instant credit solutions. And this month, it’s signed up a marketplace deal with dLocal, a major emerging markets payments platform.

The start-up will provide the $1.2 billion-valued unicorn with embedded pay later solutions. It’s one of Dinie’s biggest product launch deals to date.

She calculates a $100 billion small business lending opportunity in Brazil alone. Which is why the start-up is focusing on this market alone, at least for the next few years.

Dinie offers SMEs digital credit accounts through its mobile app. But it also built an infrastructure which allows other platforms – like dLocal – to offer its service.

Integrations like the one with dLocal also offer up opportunities in the cross-border payments space. As dLocal’s customers stretch beyond LatAm, to the Middle East and North Africa.

Investors want to go to Brazil

Dinie lives in London, but its two founders – Ferreira and Burattini – are Brazilian. “Investors [in Germany] like the idea of embedded capital,” explains Ferreira.

“Investors also want to go to Brazil, because it’s one of the largest credit markets in the world.

“It’s an open market compared to the UK – where you’ve got the iwocas, and Funding Circles, significant competition.”

Dinie’s investors include Austrian Markus Rinderer, whose company PAY.ON was bought by ACI Worldwide in 2015. As well as Facebook executive Matthias Setzer, and Kreditech founder, Alexander Graubner-Müller, both Germans.

Founder Ferreira studied law in Brazil, before joining Santander, where she learnt the lending structures of the UK – the expertise she says she is now bringing back to Brazil.

Dinie’s product is focused on credit and instalment plans for SMEs. So, revenue is generated by interest and fees.

“We’ve monetised from day one, so the economics are very promising,” says Ferreira when asked if Dinie began on an operating profit.

“We aim for medium-term profit, so we’re not following the hyper-growth, Revolut model.”

Not just a “1.0 transformation”

Whilst launching at the start of a global pandemic has proven “very tricky”, Ferreira says the fintech has strived to “make lemonade out of the lemons”.

Dinie’s competitors are two-fold. The banks still consolidate 80% of all financial services in Brazil, she says. Banks also still hold roughly 75% of the lending market.

In the last five years, more fintechs and direct lenders have cropped up to challenge these incumbent monopolies.

But Ferreira doesn’t class Dinie as your typical “1.0 transformation” fintech. By this, she means it doesn’t simply digitise the process of lending.

“We’re restructuring and rethinking the product, as opposed to just digitising the loan application process,” she explains.

“Instead of being the direct lender ourselves, because everyone wants to be a fintech – we said, ‘let’s not fight for the customer, when they [digital platforms] own them’.

“We provide the structure and the loan products. They’re aren’t any embedded players like us in the market.”

Payment companies could offer some competition to Dinie in the future, and these are likely the firms the start-up will suffer most sleepless nights over.

Whilst many aren’t doing it at the moment, the natural route of expansion for these firms would be to offer loans integrated into their payments pools.