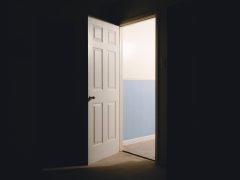 Originally created in 2017, OBE’s mission is to turn regulatory requirements into “operational reality”. It provides its members with a collaborative environment to test open banking solutions.

It operates a regulatory directory with information provided by national authorities across Europe. OBE claims more than 500 financial institutions use its services.

Preta, a subsidiary of EBA Clearing, operated OBE prior to the acquisition.

He adds his “delight” that Broxis is joining Konsentus: “His vast industry expertise will be invaluable in uniting the open banking ecosystem and global community.”

“Konsentus is well-placed to pursue the initial ambition for OBE Europe to boost safe and secure open banking globally.”

According to data from Platformable, there are more than 320 accredited providers of open banking APIs.

The European Banking Authority (EBA) reported last year that major banks on the continent have not helped the proliferation of open services.

It found seven separate areas where banks had introduced extra steps for customers. The EBA found these increased, rather than decreased, friction for users.

Some of these measures include 90-day re-authorisation of permissions, the addition of card reading peripherals, and extra authentication steps.