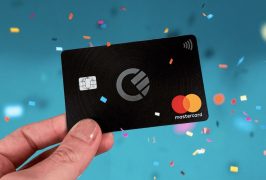 Curve recently set out its plans to launch in the US and grow in Europe in 2021. It picked PassFort to help it “scale and control costs related to future expansion”.

According to the vendor, Curve is designing “a bespoke, flexible and streamlined corporate onboarding flow”.

Jon Cumberlege, vice president for operations at Curve, says it selected PassFort on a “buy vs build” criteria. He adds the vendor beat several other vendors in the process.

He adds: “The need for minimal development resources on Curve’s side, full case management capability and flexible, automated workflows meant its team won out.”

Curve announced its Series C alongside filing its 2019 financial accounts. The latter showed operating losses quadrupling from £6.5 million to £28.5 million.

Revenue sat at £5.9 million over this period, while the cost of sales has increased from £2.2 million to £8 million.

In December 2019 the firm had 860,000 customers. It has claimed since to have broken the one million customer barrier.

PassFort, for its part, claims it is “expanding rapidly”. It says it has signed new deals in Europe, Australia, and North America.

“Work has begun to optimise Curve’s time-to-onboard so they can deliver a great experience for new customers,” says Donald Gillies, PassFort CEO.

“We also look forward to helping Curve achieve high-levels of straight through processing to make their onboarding processes more efficient.”