Heath Tarbert, the chair of the Commodity Futures Trading Commission (CFTC), has stepped down from his role.

The news comes as US president, Joe Biden, chooses his leading candidate to head the federal commodities regulator. 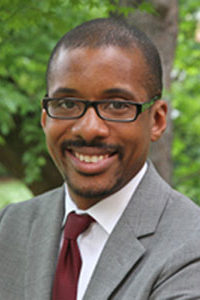 Brummer is a front-runner for the CFTC hotseat

Democratic CFTC commissioner, Rostin Behnam, steps into the position for the time being. According to Reuters sources, academic, Chris Brummer, is in line to replace Tarbert.

His research includes digital technology, cryptocurrencies, and international finance. He also serves as a member of the CFTC’s Subcommittee on Virtual Currencies.

Brummer spent three years as a member of the adjudicatory council of the Financial Industry Regulatory Authority (Finra).

Barack Obama also nominated Brummer to serve as commissioner at the CFTC, to see it withdrawn by Donald Trump.

Tarbert, nominated by Trump at the start of his term, is returning to the private sector.

Other US regulators have experienced a reshuffle this week as Biden warms his feet in the White House.

The new US president has announced the appointment of Rohit Chopra to direct the Consumer Financial Protection Bureau (CFPB).

Chopra inherits the top CFPB role from Kathleen Kraninger, hired by Republicans for the role back in 2018.

Gary Gensler, a former chair of the CFTC, is in line to step into the chairman’s role for the Securities and Exchange Commission (SEC).

Related: Biden reshuffles US financial regulators to reign in corporates