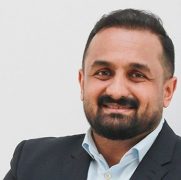 FAB transferred the legacy licence of 2016-acquired First Gulf Bank to ADQ in exchange for a 10% slice of the new challenger.

FAB will gain “preferential access” to a further 10% stake in ADQ’s neobank upon launch.

Patel arrived at the as-yet-unnamed bank in December 2020. His new firm has plenty of cash backing it, with ADQ stumping up as much as $545 million.

Patel spent nine years at Emirates NBD. He joined as head of innovation strategy in 2011, and left the bank as head of its Liv digital bank.

It offers a range of third-party partnership integrations. These include restaurant bookings, international flights, event tickets, and an in-app video game.