Savings: the new battleground between challenger and incumbent banks

Offering better current accounts has been challenger banks’ USP to date. They have attracted customers in droves with seamless payments, handy spending trackers and low fees on overseas transactions. Consequently, incumbent banks have been most afraid of losing this part of their business, and deposit accounts were somewhat of an afterthought.

But the playing field is shifting. COVID-19 led to a sudden drop in consumer spending, which Legal and General calculated to be as high as 31% per person by May. Instead, figures show that Brits – long infamous for not putting money aside – became a nation of savers during the pandemic, with data from the Bank of England showing that household cash deposits were up by £13 billion in March alone. 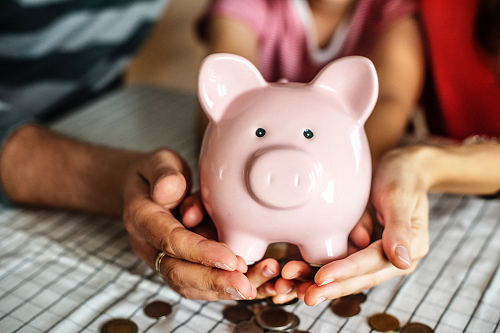 Although this may be temporary, with consumer spending picking up in July, recent research from Deposit Solutions found that over a third of (36%) of UK consumers said that the pandemic has made them more likely to think about how good a deal they are getting on their savings. Furthermore, a fifth (20%) are considering switching savings banks within the next year. This, coupled with low rates and the fact that challenger banks are increasingly offering attractive savings options, suggests that the savings market will emerge as the new battleground between challenger banks and incumbents.

In order to stay ahead of the pack, big British retail banks will need to innovate in order to safeguard their deposits business, and explore the new ways presented by pen Banking to offer better and more flexible rates on savings accounts.

Historically, UK consumers have stuck with the same high street bank they use for their current account for their savings as well. This means the big banks have been able to rely on their brand name and customers’ inertia to retain deposits, with people holding a bank account with them for eleven years on average.

But consumers are getting increasingly savvy about where they put their money. We found that only 13% of Brits identified a bank’s reputation as a key factor when choosing a savings account provider. Instead, they are far more likely to make a practical decision, with two thirds (63%) identifying getting the highest interest rate as a key motivator. With reputation taking a backseat when it comes to choosing where savers keep their money, incumbent banks can’t afford to rest on their laurels.

Low rates are also driving consumers to shop around. With this trend set to continue for some time, consumers will increasingly hunt around for the best deals on the market, no matter how marginal.

As consumers’ propensity for switching savings accounts increases, there is a real imperative for challenger banks to diversify and to make savings accounts a more important part of their business.

Although their digital-only current accounts are immensely popular, customers do not yet deposit significant sums with challengers, often using them for day-to-day spending. At the same time, the impact of Covid-19 is creating pressure for challenger banks to move into more profitable product categories. Offering attractive savings accounts is a way to for challenger banks to increase deposits and to anchor the customer relationship, putting them in a stronger position to cross-sell more profitable services like lending and investments.

Open banking is already allowing banks to pursue new marketplace models of banking and can offer advantages in a more competitive deposit market. Banks can position themselves as platforms, providing customers access to the best interest rate savings accounts from other banks. They can do this using safe and secure APIs, while retaining the customer relationship. Ultimately, this allows banks to meet consumers’ desire for more choice on savings products.

While some challenger banks are already using open banking to pursue a marketplace model, this strategy is not yet as prevalent among the large British retail banks as it should be. So far, they have often preferred to take a vertically integrated approach, retaining account holders by only offering their own products.

However, while challenger banks face their own pressures, traditional lenders realise that they cannot go on as they were before and need to embrace digitisation to build resilience and remain competitive. Embracing open banking will be a key means through which they can stay ahead of the pack.  The more banks want to become platforms for their customers, the greater the need for a shared infrastructure that connects retail banks and those offering savings accounts with attractive interest rates.