When it comes to digital, it’s easy for us to get carried away about the importance of experience and be allured by metal cards and fancy mobile apps. However, for a large part of the population, a great “digital experience” isn’t going to cut it.

The current pandemic has highlighted the massive disparity in the UK population’s wealth and well-being and how fragile the majority of households actually are. A 2017 report by the Financial Conduct Authority (FCA) highlighted that 50% of UK households are deemed financially vulnerable, and that’s not surprising when you realise that some 16.5 million adults (almost one third of all UK adults) have less than £100 in savings. 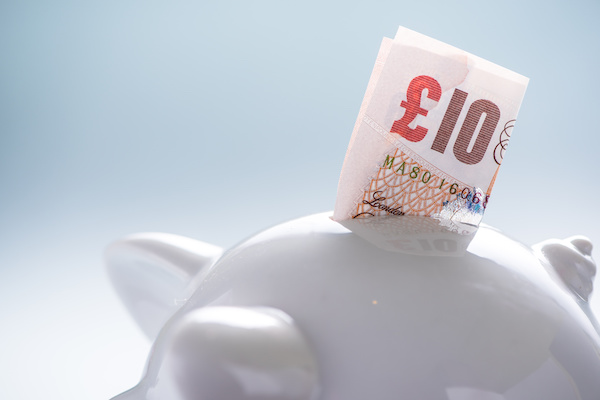 Some 16.5 million adults (almost one third of all UK adults) have less than £100 in savings

The Social Metrics Commission’s (SMC) “Measuring Poverty Report” 2020 identifies that 14.4 million people in the UK live in poverty, of which 4.5 million are children. However, the definition of poverty can mean different things to different people, so the SMC bases its calculation relative to all households in the UK. For the 38% of 380,000 people that go to the Citizens Advice Bureau because they have debt issues the challenge is simply that they do not have enough income to meet their expenses meaning that they have negative budgets.

These are not necessarily people that are misspending their income, they simply do not have enough to cover their household needs. The average negative budget in 2018/2019 was £203 a month. The ONS identified in 2019 16.2% of those employed were “low paid” and 1.5% were earning below the national minimum wage.

Over one million people don’t have a bank account, and research by Pockit, a mobile banking service for low-income customers, highlights this is costing them almost £500 a year in lost savings from discounts and better deals that are often only available if paid by direct debit. Research by Bank Leumi this year highlights that 93% of UK adults feel that they are under educated about personal finance and nearly half think it’s a bank’s responsibility to fix.

So, is the problem financial literacy? Yes, but it’s more complicated than that. According to the National Literacy Trust, 9.1 million adults in the UK are functionally illiterate (meaning they are unable to manage daily living and employment tasks that require reading skills beyond a basic level). They are most likely to be in low paid jobs or unemployed. There is also a link between low levels of literacy and shorter life expectancy, depression and obesity.

Clearly these issues pre-existed COVID-19, but they will also be exacerbated by the pandemic.

As the Gates Foundation have proven, in the poorest countries, getting people into the banking system helps to lift them out of poverty. Yet many don’t have addresses, and whilst 93% of UK adults have smartphones, there’s still some that don’t. Banks are helping. For example, HSBC has worked with charities like Shelter to redesign their processes to make it easier for people without an address to access free banking services. HSBC has a senior director for financial inclusion and vulnerability.

Apart from an account, access to credit is another necessity, especially for those with negative budgets. In the UK, there are almost 300 credit unions that can help and banks Like Lloyds have supported them with finance.

With 93% of UK adults feeling they need personal finance advice, it’s not just the poor that need help with managing their money. The UK’s biggest banks and building society, Lloyds, Nationwide, RBS and HSBC, have all been behind the creation of the Standard for Financial Statement. It is essentially a standard for budgeting to help families understand their financial situation and get help.

Lloyds Bank has created “Money for Life” and works with Citizens Advice Bureau on their initiative to help people between nine and 25 – empowering them to talk openly about money and learn how to make their most of their money.

I’ve been involved in digital banking since the very first internet banks in 1997, I’ve seen two waves of “fintechs”. It’s easy to get carried away and predict the end of banks or to dismiss the incumbent banks for a lack of digital prowess. Yes, they have their faults and made mistakes. However, it’s also clear there are a number of them that are really trying to help the broader community and not just the “digital natives”.

As the new kids on the block start to mature, I do hope that they are not just focused on growth and geographic expansion, and that they too support the broader community. It is not enough to blog about and issue, actions speak louder than words. And as for the rest of us that are banking customers, we too have to choose. I’m just saying that I’d rather bank for good.