US crypto exchange Gemini banks on ClearBank for UK operations

Gemini, one of the world’s largest crypto exchanges, is partnering with ClearBank to power its banking services in the UK.

The fintech, born stateside under the Winklevoss twins’ leadership, launched in the UK two months ago. This followed Gemini bagging an electronic money institution (EMI) licence. 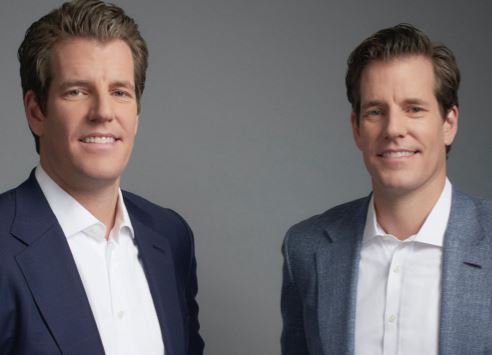 ClearBank will provide the crypto exchange with dedicated account numbers and sort codes. As well as direct access to payment rails.

This means no more transacting in foreign currencies or incurring exchange rate fees for UK users.

Gemini is “one of the first crypto firms ClearBank has worked with,” according to the clearing bank’s CEO, Charles McManus.

“Cryptocurrencies are gaining in popularity as UK consumers explore new ways to store and invest their money,” says McManus.

But despite its popularity in the UK, the FCA still banned the sale and promotion of bitcoin derivatives to amateur investors.

Whilst the ban doesn’t impact professional traders or institutional firms, it does highlight that there is “no reliable basis” for valuing cryptocurrencies.

And although firms like Gemini argue about crypto’s dominance in the UK market, trading site eToro, says only a tenth of its retail investor spend is on crypto.

Gemini lost its European head, Julian Sawyer, who led the start-up’s expansion strategy for less than a year, in October. First reported by Wired, Sawyer has since updated his LinkedIn page, and is the CEO of Bitstamp.

Despite the loss of Sawyer, the start-up’s European arm is the second entity to land approval as part of the FCA’s Fifth Money Laundering Directive (MLD) crypto asset registration process.

As well as Europe, the New York-based fintech has also set its sights on Southeast Asia.

Similar to its entry into the UK, Gemini is taking a regulation-focused approach in Singapore, where it plans to file for a licence under the country’s new Payment Services Act (PSA).

Gemini was founded by the Winklevoss twins. The brothers waged a legal dispute against Facebook founder Mark Zuckerberg in 2004. It landed them a $65 million settlement.

The two invested a large portion of this settlement into bitcoin. When bitcoin’s value shot up in 2017, the twins sought to make use their newfound success.

In the last 18 months, Gemini has made some notable new hires. It has brought on execs from both the New York Stock Exchange (NYSE) and the International Securities Exchange (ISE).

It’s now moving into the UK.

“We’re proud to help usher the crypto revolution into this historic market and become a part of its rich tradition,” says CEO, Tyler Winklevoss.