Co-led by existing investors MiddleGame Ventures – whose accelerator Railsbank was born out of – and Ventura Capital, the funding will power its credit-cards-as-a-service offering in the US. 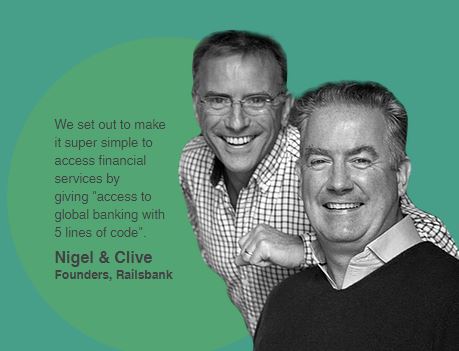 “Railsbank [is] set out on a mission to be a truly global platform.”

The fresh funding will also underpin its current expansion in Southeast Asia. As well as firm up its presence in the UK and wider Europe.

“Such as regulators changing the rules on banking, and increasing the adoption of super apps and e-wallets,” says

Nigel Verdon, Railsbank’s co-founder and CEO, claims the fintech hasn’t pivoted its vision once since starring out in 2016.

The start-up’s vision is one of embedded finance. Verdon says building out its credit and data-based offerings has meant any interchangeable product – be that money, telco minutes or kilowatt hours – can be spent as money.

The fintech’s COO in North America, Dov Marmor, adds: “BaaS platforms have remained stubbornly local in a world that has become increasingly global.

“Railsbank [is] set out on a mission to be a truly global platform for prototyping, building, and scaling any financial product across multiple continents.”

Part of this vision saw the fintech buy Wirecard’s UK arm WCS in September. The transaction saw WCS card technology and assets in the UK go to Railsbank. Client relationships also “in effect transfer[red]” to the fintech.