Neobanks may have lost their shine, but the fintech revolution is far from over

When the first neobanks launched in 2014 the future looked bright. The consumer banking experience was on the brink of a much needed overhaul and traditional banks suddenly found themselves scrambling to keep up.

Now, a few years on from what seemed like an unstoppable rise, things aren’t quite so rosy. With the news of Monzo and Revolut’s increasing annual losses, alongside N26’s withdrawal from key markets and Starling’s introduction of negative interest rates, the question mark of when (if ever) the existing challengers will reach profitability remains. 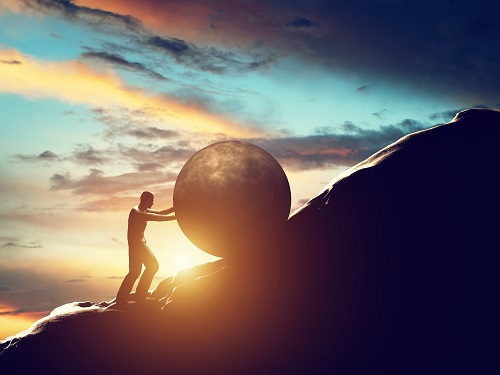 Now, a few years on from what seemed like an unstoppable rise, things aren’t quite so rosy.

At the same time the COVID-19 crisis has already had a significant impact on the availability of venture capital funding. A recent McKinsey report warns of an ‘existential crisis’ for Europe’s fintechs, which previously enjoyed access to a surplus of funding. In the UK the Prudential Regulation Authority (PRA) has also proposed that stricter restrictions be imposed in 2021. These would require new banks to be on the path to profitability within five years of registration and potentially increase the amount of regulatory capital new banks are required to hold.

So where does the future of consumer finance lie? The hype around challenger banks may have waned, but the fintech revolution is far from over. In fact I believe that the true disruptors have yet to come.

Why neobanks are still just banks

While they were groundbreaking when they first launched, there’s no getting around the fact that neobanks are still banks. They might have beautiful front-end user experiences and a lower cost to serve their customers (newer technology stacks and a lack of highstreet branches) but they still require the same licensing and regulation as any other bank.

They replicate the business models of the incumbents, using current accounts as a loss leader to sell more and more of their own financial products and services, (with Revolut, which is still in the process of applying for a UK banking licence, being the notable exception).

We can think of banking as a vertically integrated business model. It combines a banking license and balance sheet with a large customer base and a plethora of financial products and services.

The vertically integrated approach, and in particular the need for a banking licence in order to hold customers’ deposits and carry out certain types of lending with them, will in time prove to be a constraint rather than an advantage. It also perpetuates a walled garden approach where banks hold the advantage when selling to their own customers, even if they don’t provide the best products and services.

An end to walled gardens?

The introduction of open banking in 2018 changed all of this. The regulation requiring banks to share customer information with other providers (where the consumer has provided consent) has broken down the previous data silos and paved the way for a whole new breed of financial tools and services.

Since open banking we’ve begun to see new horizontal products and platforms challenging the vertically integrated banking model. These products sit between the consumer, their financial data and the increasing long tail of financial products. They can act as an independent software intermediary, helping users manage their money and make smarter financial decisions.

I expect the natural progression of this trend to be that, in the next decade, software companies will replace banks as the trusted advisors consumers turn to when making important financial decisions. As is the case in so many other large sectors altered by technology (media, retail, hotels and taxis), the largest consumer finance firms of the future may not hold, produce or own any assets. In this case the asset is money and it is the most liquid and commoditized of them all.

As an investor, I’m excited to be seeing a new generation of non-bank startups that are transforming people’s financial lives through software. These include user-friendly money management solutions like Emma and Yolt, over-the-top payment products like Curve,  savings apps like Plum and investment products like Moneybox. While previously consumer choice had been catered to in the form of comparison tools, these products had no visibility over an individual’s actual financial situation. Today, a new breed of financial infrastructure has created a huge opportunity for the best software to win consumer trust and rebuild the distribution of financial products and services.

What’s more, open banking and the ability to build over-the-top financial products, offers a huge opportunity for startups in terms of their business model. No longer limited to lending as a source of revenue, fintechs are now free from the constraints and expense of needing a banking licence and balance sheet. Nor are they forced to build an expensive and restrictive vertically integrated model. This opens up new and promising paths to profitability.

None of this is to say that neobanks are going anywhere. I for one am a loyal user. However, it will be software companies, not banks, that will be the greatest disruptors to our personal finance lives and go on to become the fintech giants of the future.