Monzo chief risk officer (CRO), Lisa Nowell, has left the challenger a little over a year in the role.

She has joined the London-based business lender, Ashman Finance, as its new CRO. 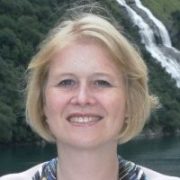 Lisa Nowell leaves after a year at Monzo

Nowell is replaced by Ian Laing, a former CRO at housing company heylo. Laing has experience in the role at major lenders Nationwide, TSB Bank, and Santander.

Monzo appointed Nowell in November 2019. She joined the challenger bank from ClearBank, where she had spent six months as chief risk and compliance officer. She also previously worked at another UK challenger, Masthaven Bank, as well as Barclays, RBS and Nationwide Building Society.

Prior to Nowell’s appointment the position at Monzo had been vacant for around 12 months. Her predecessor Ruth Doubleday left in September 2018 after a year at the helm. Doubleday had previously spent nine years at the Financial Conduct Authority (FCA).

Monzo has experienced a handful of top-level reshuffles in 2020. Co-founder Tom Blomfield left the bank’s board in July just a month after news broke of him stepping back into a presidential role.

The challenger also completed a £60 million funding round in July. Coming in at a 40% discount, it placed Monzo’s valuation at around the $1.25 billion mark.

Speaking to Sifted, Monzo CEO TS Anil says Nowell’s departure was completely amicable. He describes her as “an integral part of Monzo”.

FinTech Futures explored the reasons why fintechs and challenger banks often experience a high churn rate among their executives earlier this year.

“The reality check comes when the service [start-ups] offer is being captured by the financial regulation or licence requirements,” Olivier Guillaumond, global head of ING Labs and fintechs, told FinTech Futures.

“Fintechs may have focused on the ‘tech’ part first, rather than on any regulatory risk elements coming from operating in a heavily regulated industry.”