Diana Biggs, global head of innovation at HSBC Private Banking, has stepped down from her role. 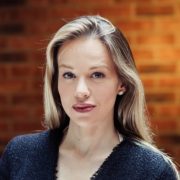 Biggs originally joined HSBC in 2017 as its head of digital innovation for UK and Europe in retail banking and wealth management.

After two years in that role, she moved on to spearheading the private bank’s fintech partnerships, technology innovation, and digital initiatives.

“After three and a half years of building innovation teams with HSBC, it is with both nostalgia and excitement that I share the time has come for a new adventure,” Biggs wrote on social media.

“To my teams, colleagues and partners, I’m grateful for the learnings and so proud of what we’ve accomplished.”

Biggs has promised that her next role will be announced in the coming weeks.

HSBC announced last week the launch of a new account in the US designed to rival cross-border fintechs.

Global Money is a free, no-fee account, which facilitates transfers between 20 different markets. HSBC plans a set of new geographies to join in 2021.