Its first lending product, LiveLend, is targeted at those with significant room to improve their credit scores, dynamically re-adjusting as a customer’s score improves. 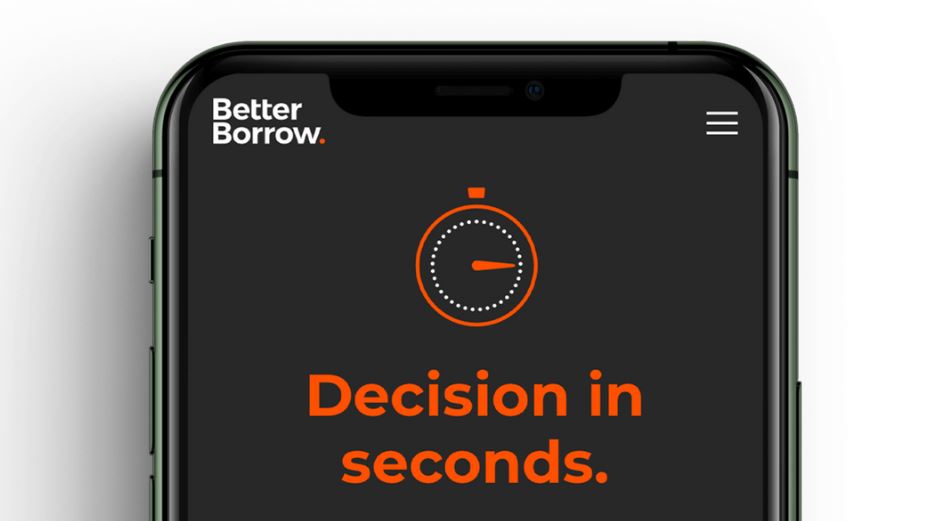 “So many lenders have pulled out of the market,” says McColl. “And bigger players are trying to serve all the market, so we spotted a segment which was underserved.”

Chetwood began lending under a consumer credit licence, until it landed its banking licence in late-2018. Since securing its licence, the bank launched a savings product in 2019, making BetterBorrow its third to date.

Its annual percentage rate (APR) ranges from 11-39%. “We will lower this APR mix over time once we understand the credit status of our borrowers better,” says McColl.

Unlike most challenger banks, Chetwood decided not to rollout all its products under one, big consumer brand.

Instead, each product has its own brand, generating traffic via websites – such as ClearScore – and marketplaces which recommend its solutions.

“They do a great job of bringing customers in and engaging them,” says McColl. She explains that these platforms act as a key part of Chetwood’s consumer-facing brand.

“We’re not just one brand in your face bringing in one group of customers. Some of these companies [challengers] have done a great job at branding and upping customer base numbers. But sustainability becomes a problem.”

For Chetwood, sustainability means a number of things. One is having the technology to roll out products more quickly at a lower cost. “It costs a huge amount to create new products without the tech already there,” says McColl.

Another is a promise to itself not to offer 2.9% loans, because it simply can’t make money on them. “We don’t want one group of customers to cross subsidise another, as is common in UK banking, so we focus on the gaps where a sustainable revenue stream can be made.”

Similar to the path OakNorth has taken, Chetwood is also looking into opportunities to white label its products. McColl says the fintech has had a number of discussions in the last two years around this banking-as-a-service (BaaS) model, with a number of opportunities in flight.

In 2018, Elliott invested £50 million in equity and £100 million of debt into Chetwood, making the hedge fund a majority shareholder.

Its total equity in Chetwood is £100 million. Suitably funded, the challenger has been able to go under the radar since its creation in 2016.

Despite coronavirus uncertainty, Chetwood has hired around 30 new staff since the lockdown in March.

It has also been working on several new products which are due to be announced in the next few months – the first of these being BetterBorrow. According to The Telegraph, another could be a credit card.

In the last two months, Chetwood has been setting up a data science team to better inform how the company writes loans. A natural step for a lender a few years into business, the start-up has ample data to analyze and generate insights.

“If it wasn’t for COVID-19, we’d be well on our way to turning a profit,” CEO Mielczarek told FinTech Futures in August. “But our path to profit is clear, and we’ll likely be turning a profit in the next years.”