Tinkoff, the Russian challenger bank set to be acquired, has launched a financial messenger service in its banking app. 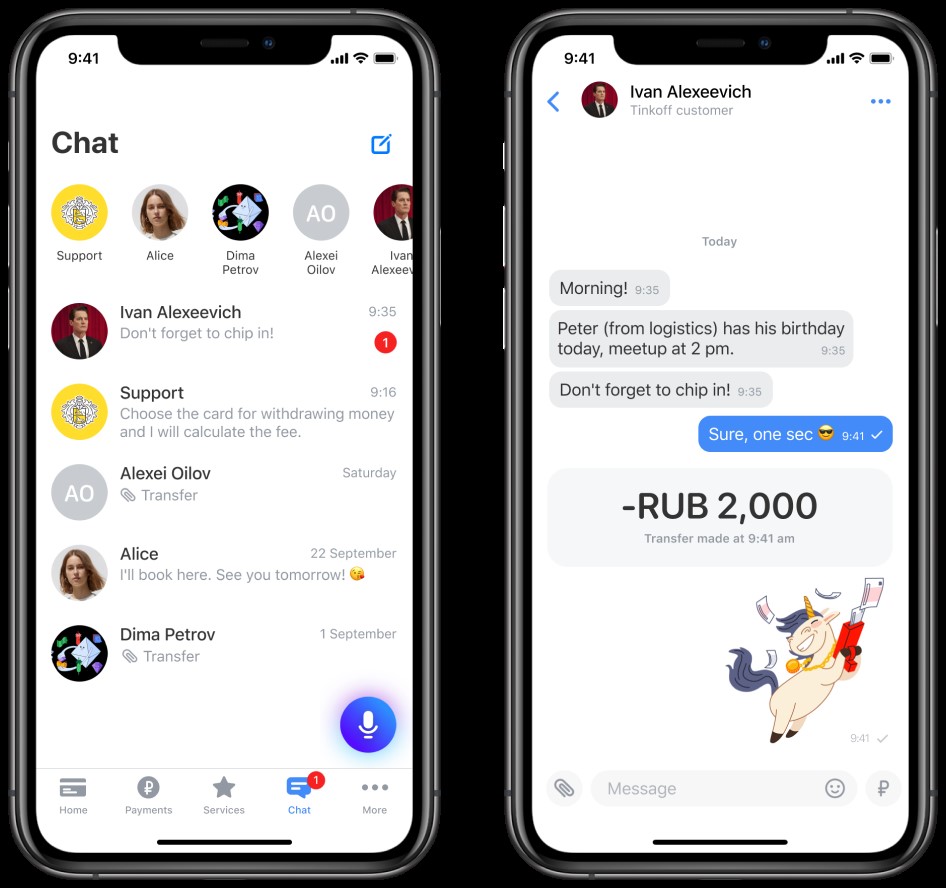 Tinkoff claims to have acquired 1.7 million new credit accounts since the beginning of this year

Other features the bank has launched in recent months include a tool which redirects cashback to charities, and a micro-investing service.

The new products follow a revelation earlier this year that Oleg Tinkov, the owner of Tinkoff’s parent company TCS, is facing extradition to the US from London – where he’s lived since 2013 – over a tax evasion charge.

It claims to have acquired 1.7 million new credit accounts since the beginning of this year, as well as one million new brokerage accounts. To date, it has more than ten million users.

The bank is set to be acquired by Russian technology firm, Yandex, for $5.5 billion.

The deal, announced last month, saw Tinkov suggest the merger could create a company worth $20 billion.

The bank has focused on retail banking and digital design. But it has run up against established Russian financial institutions like Sberbank, which recently dropped the ‘bank’ from its name to truly rival tech firms.

As a result, it has explored the possibilities of launching an offshoot fintech venture offering non-credit financial products in Europe.

The move to sit under Yandex comes after the acquirer severed ties with rival Sberbank in June. Yandex brought a ten-year partnership to an end.

Executives at both firms said the relationship between Sber and Yandex had grown acrimonious, especially as the latter moved further into the technology space. This was compounded when the Russian bank founded a series of Yandex competitors.

Rumours of a deal with Tinkoff Bank began to formulate not long after the Yandex-Sber split.

The acquisition means Tinkoff can take on Sber at a greater scale, with the inside knowledge of a ten-year-long partner.