PrimaryBid, a UK-based fintech which connects individual investors with public companies raising capital, has landed $50 million of its own capital in a Series B round. 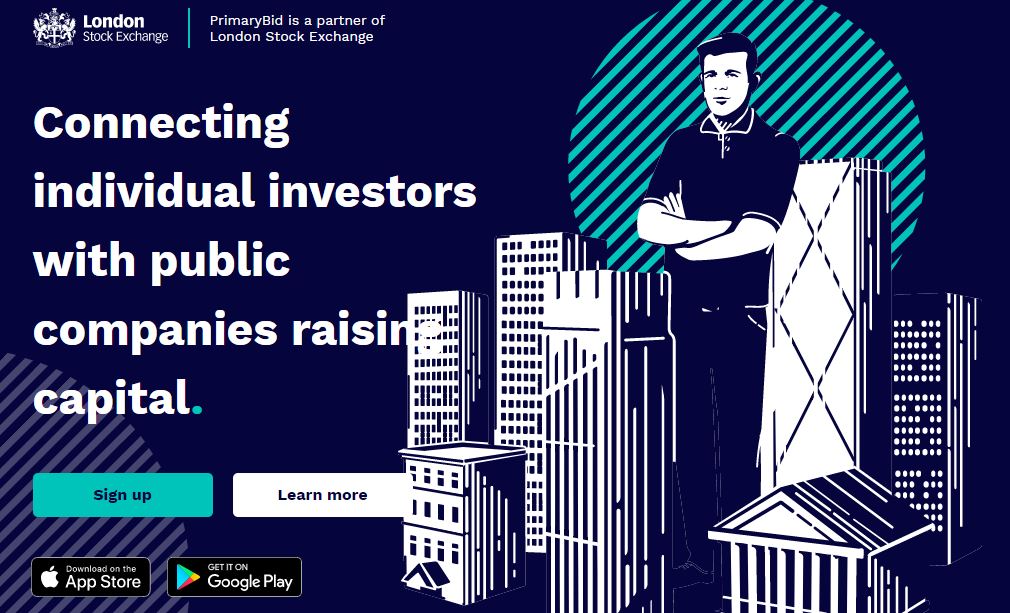 Existing shareholders, Pentech and Outward Ventures, also participated in the round.

The fresh funding will go towards “key senior hires” and “technology investments”, preparing it for growth internationally. This is according to a company statement released on 26 October.

It adds to PrimaryBid’s notably smaller $8.6 million Series A, which it landed just over a year ago.

The international growth will initially start in Europe. The start-up says it has an “exclusive commercial agreement” with Euronext, Europe’s largest stock exchange. The partnership spans nine geographies on the continent.

The deal marks PrimaryBid’s second major commercial agreement with a stock exchange. It signed its first with new investor LSE back in November 2019. The partnership saw it open up access to specifically to UK equity offerings.

Its backer, Craig Anderson, explains that traditionally, the equity capital market has been “dominated by an institutional focus and not geared for retail investors”. He adds that this consumer investor segment have been “unfairly restricted […] to the primary equity markets”.

Since April 2020, PrimaryBid has completed more than 41 capital raises for UK-listed companies.

The fintech claims to have experienced “rapid growth” this year, particularly during the pandemic. It says it unlocked “billions” in corporate fundraises for retail investors.

“As fintech specialists it’s been impossible to ignore the rise of PrimaryBid in 2020 and its success championing retail investors in the capital markets,” says Tara Reeves, partner at investor OMERS Ventures

“Our technology has allowed thousands of retail investors to participate on equal terms with institutional investors, unlocking a large and important source of liquidity and long-term share ownership for corporate issuers.”

Retail investors directly own 13.5% of the UK market, according to 2018 Office of National Statistics (ONS) data.