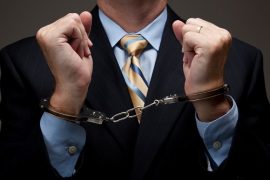 The result could hinder Italy’s bid to re-privatise the world’s oldest bank.

Former Monte dei Paschi chairman Alessandro Profumo, former CEO Fabrizio Viola and former president of the supervisory board Carlo Salvadori were accused of not correctly booking two derivative transactions – known as Alexandria and Santorini – between 2012 and 2015.

After years of mismanagement, Rome rescued Monte dei Paschi in 2017.

Bankers tell Reuters that legal risks hanging over the lender could stand in the way of a potential deal.

Prosecutors in the case had earlier this year asked for an acquittal, but the bank’s minority shareholders sought a conviction.

Profumo, who currently serves as the CEO for state-controlled aerospace and defense group Leonardo, and Viola were each handed a jail sentence of six years.

Salvadori received three-and-a-half years, according to a decision read out in court.

As part of the sentence, the three former executives were ordered to pay damages claimed by some of the bank’s savers.

The result could hinder Italy’s bid to re-privatise the world’s oldest bank.

A lawyer representing the defendants says they planned to appeal.

In a statement, Leonardo notes that the conditions did not exist for Profumo to relinquish his position.

“The company expresses its full confidence in the actions of Profumo and wishes for his continuation in the role,” it says.

Milan prosecutors had also asked in 2018 for the case to be dropped, saying the three executives had followed the regulators’ accounting guidelines.

But the judge rejected the request and sent them to trial.

In a related trial, a separate Milan court in November 2019 convicted 13 former bankers from Deutsche Bank, Nomura and Monte dei Paschi over the derivative deals, which prosecutors said helped the Tuscan bank hide losses in one of Italy’s biggest financial scandals.