Klar, a Mexican challenger offering debit and credit services, has landed a $15 million Series A.

Prosus Ventures – formerly known as Naspers Ventures – led the round. The round marks the lead backer’s first investment in Mexico, and its first deal in a Latin American country outside Brazil.

Banafsheh Fathieh, a principal at Prosus who led the investment, tells TechCrunch this is likely the first of many in both Mexico’s fintech and broader technology ecosystem. 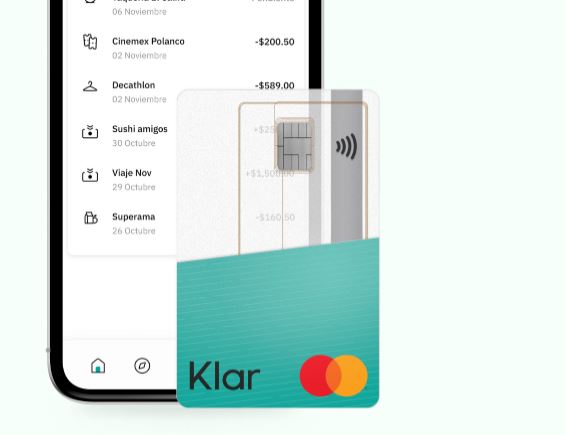 “We help people build credit by looking at how and where they spend their money,” says Klar’s co-founder

Prosus makes early bets on emerging technology firms founded in developing markets. It was an early investor in Tencent, and it also has investments in Brazilian lender Creditas and Brazilian venture capital firm Movile.

The Series A has brought 2019-founded Klar’s total debt and equity to around $72 million.

“Klar is making credit accessible to all Mexicans, including those with no credit history,” says Daniel Autrique, Klar’s co-founder and chief financial officer.

“We help people build credit by looking at how and where they spend their money, instead of being stuck with traditional credit scores that are backward looking and obsolete.”

Mexico’s credit growth in January hit 5.3% in nominal terms and 2% in real terms, according to the Bank of Mexico.

And this year, the alternative lending market in Mexico will reach $196.7 million, according to Statista. The market’s largest segment, consumer lending, is projected to reach a total transaction value of $177.2 million in 2020.

The lack of credit histories – and hence the limited access to credit – in Mexico comes down to financial inclusion.

Just 36.9% of Mexico’s population sits in the financial system. That’s about 20% lower than for other countries with similar per capita income. It’s also far below countries like Kenya and India.

Since its inception 12 months ago, Klar has issued 25,000 credit lines to around 200,000 customers. The start-up also claims that its growth has tripled during the pandemic.

It wants to use the new funds to grow its engineering capabilities in its Berlin and Mexico hubs. This will then fuel developments for its product suite.

“In less than a year, the team has shown an ability to build a world-class digital bank for the masses, one focused on financial access and inclusion,” says Prosus Ventures principal, Fathieh.

Klar’s co-founder and CEO, Stefan Moller, adds that the fintech has built “a new banking infrastructure core […] to service a massive segment of the population in Mexico that has previously been left behind when it comes to financial services”.

The start-up says Klar’s credit product sits at a “lower cost” than that of incumbents. Its account has no minimum balance or base fees. Its debit card gives users 1.4% cashback.

“It is the only debit account in Mexico giving cashback,” the fintech claims.