Founded in 2018, the industry organisation is the product of a joint initiative between Lloyds, HSBC, Edinburgh University, and the Scottish government. 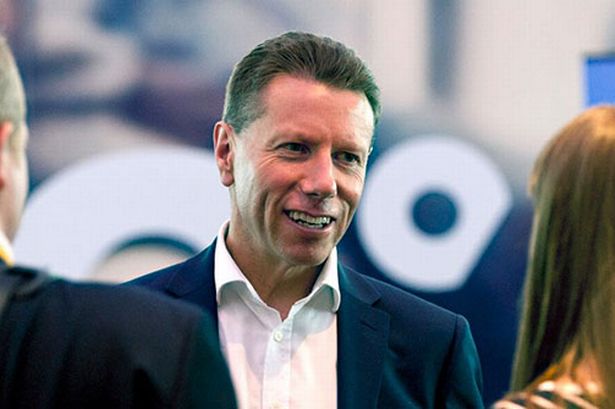 Ingledew, who has led the venture since the beginning and takes up his new role next month, will remain “very much involved” in the group’s strategy.

From November, Ingledew will also serve a part-time secondment at Scottish Enterprise, where he will spend six months as an interim director from November.

The plan is to develop FinTech Scotland’s leadership team further into “a cluster management body”. In the interim search for a new, permanent CEO – a post the group aims to complete by Christmas – Nicola Anderson will become acting CEO.

From mid-November, Anderson – who is FinTech Scotland’s current strategic development director – will take the helm.

Anderson has been on full-time secondment with the industry organisation from the Financial Conduct Authority, where she heads up retail banking supervision.

Ferguson is the founder and CEO of Edinburgh-based fintech Nucleus Financial, a start-up which topped the 100,000 customers mark this year.

“It’s been hugely interesting seeing FinTech Scotland come into being and to see Stephen do such a great job of generating momentum over the last couple of years,” says Ferguson in a statement.

When the pandemic began in March, there were around 130 fintechs. But by the end of September, that figure had risen to 150, according to a panel of experts hosted by The Scotsman.

The creation of 20 new fintech start-ups during such a turbulent six months points to the preserving momentum of Scotland’s fintech scene.

Oli Henderson, EY Scotland’s financial services strategy and transactions team lead, points out on the panel that investors are ready to back some of these new fintechs.

“There is a lot of ‘dry powder’ in private equity and venture capital funds,” says Henderson.

“EY has had lots of calls from them about the market. There is an appetite to find the right fintech, to understand the shift and how fintechs can support that.”

The Glaswegian team headed up by founder and CEO, Duncan Cockburn, is looking to capitalise on the trend of bank branch closures.

“Open banking underpins the solution, but it’s about making it accessible to everybody,” Cockburn said back in July.

Currently, OneBanks thinks open banking is only serving the tech-savvy portion of the UK’s population, whilst vulnerable customers are being left behind.

The start-up selected Denny, a small town in Falkirk, Scotland, to pilot its first bank-agnostic kiosk destination. Five years ago, the town had four banks. Now it has none.

These kiosks can also help challenger banks such as Revolut and Tide reach more rural-based businesses, which require branches to deposit cash.

When FinTech Futures spoke to OneBanks, Cockburn said it was looking to raise £1.5 million in capital from investors.

Read next: Meet OneBanks: the fintech picking up after banks’ branch closures