Many of us have blocked out noise about the Oracle versus Google case that’s been raging since 2010, but as the tech giants prepare to appear before the US Supreme Court in October, it’s time for tech leaders to pay attention.

The legal battle, which has snaked through various district and circuit courts for a decade with an original ruling in Google’s favour and a subsequent reversal, seeks to answer the question of how copyright law applies to software. The Supreme Court’s decision will be final and can’t be overturned or reversed, which means this could be one of the most important rulings to-date in the tech industry. Even though the case is being heard in the US, its outcome will undoubtedly have a global impact. 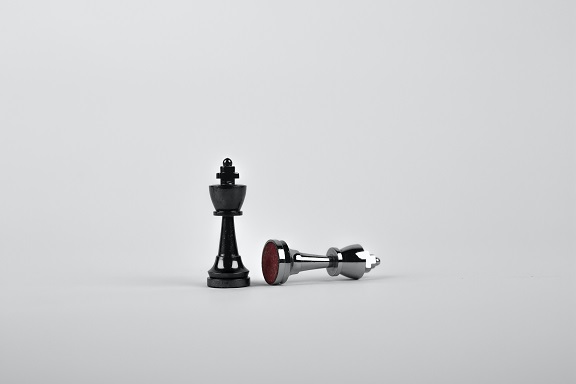 A win by Oracle would have huge implications for developers and tech companies.

At the heart of the case is Oracle’s claim that Google committed a copyright violation when it used Java’s application programming interface (API) to build the Android smartphone operating system. Google argues that the question of whether copyright law applies to software interfaces is unsettled and critical to the industry. The Supreme Court must determine if Google’s use constitutes “fair use”, or if Oracle can claim a victory against the company they say prevented them from entering the smartphone market.

Since almost all of today’s software depends on APIs, a win by Oracle would have huge implications for developers and tech companies. If Oracle wins, it will force major changes to the way developers work and the way we must lead them. Here’s what these changes might look like.

What copywriting APIs could mean for the software industry

Best practices in software engineering are built around reconfiguring APIs, and the entire industry would grapple with the impact of copyrighting APIs. Should API copyrights become reality, there are several issues IT leaders must prepare to address.

Companies that create APIs would have a major advantage in the tech industry and become gatekeepers of critical software if APIs fall outside of fair use. Competing with these established software companies will be more difficult as they would have the ability to deny access to APIs to anyone, whether it’s a company they disagree with or all companies in general.

Currently, open-source APIs allow start-ups to enter the market by enabling compatibility with existing software, improving service delivery and fostering adoption. Using a new API means companies trying to adopt the solution would need to make infrastructural changes to use the tech. With API copyrighting, tech giants at the top of the food chain are more difficult to unseat.

A ruling in Oracle’s favour would allow companies to immediately monetise their APIs. The system would likely function similarly to Software-as-Service (SaaS) software, in which companies would charge licensing fees for APIs. Though companies like Amazon with popular APIs are likely hoping for an Oracle victory, most companies wouldn’t pay for API licences. Buying an API is unlikely to provide much competitive advantage because even though APIs enable compatibility, the coding behind APIs is much more valuable for the purpose of differentiation.

Instead, companies may make small and unnoticeable changes to their codes to make the API just different enough under copyright law, solving operational challenges but creating problems with interoperability. On the other hand, companies may decide to make their APIs open-source and compete to become the industry standard rather than profiting directly. Be wary about using open-source APIs in this universe without altering them if you’re concerned about future licensing fees or litigation.

In the same way that we use a standard electrical socket rather than many different ones based on our electric providers, a universal standard for software enables cross-compatibility. With all pieces of software operating on unique proprietary codes, applications would become less compatible with each other. Your team would need to tweak the code and learn a new set of APIs to switch from one SaaS provider to another.

It’s important to prepare for the possibility that API copyrights become law, but you shouldn’t panic yet. Most companies are in favour of a Google win that ensures we can stick to what we know, and it seems the Supreme Court may be, too. The justices requested supplemental material from Oracle and Google in May on the standard of review, implying they may be questioning a decision to overturn an early district court decision for Google. Of course, if the Court makes a ruling based on a procedural issue, they won’t create a precedent for APIs and software under copyright law.

Expect a complex trial and stay tuned in the coming months for more hints. Though you don’t need to rebuild your application’s existing APIs yet, it’s wise to create a plan so you can do so quickly and efficiently, if necessary. Then, all you can do is wait.