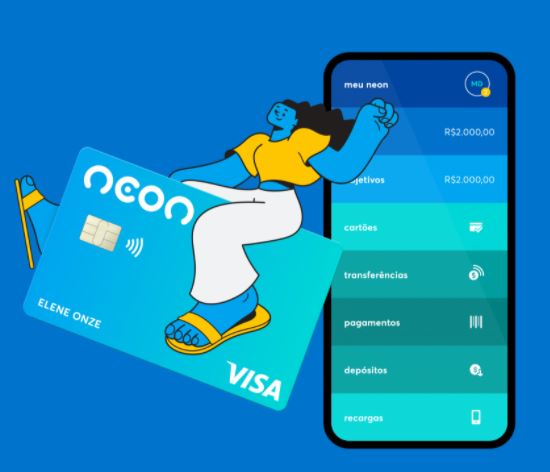 Among the new investors are Vulcan Capital, PayPal Ventures, and Endeavor Catalyst. Existing backers Monashees and Flourish Ventures have also returned for the Series C.

The Series C funding is headed towards hiring efforts, user base growth and “technology enhancement”.

Pedro Conrade, founder of Neon, says that his firm was born with “a clear purpose” to provide an accessible bank account to Brazilians.

“Unlike banking incumbents in Brazil, we do not transfer the cost of inefficiency to our customers. We are thrilled to partner with our existing and new investors to continue working toward this shared vision.”

Neon acquired MEI Fácil, a platform for micro-entrepreneurs, in 2019. Some of the new funding will go towards additional financial services to its one million strong userbase via that service.

Jean Sigrist, president of Neon, says that while banking penetration is relatively high in Latin America, it “still lags behind” other markets.

He adds that there are is a “significant under-banked population that traditional banks have generally overlooked”.

Brazilian challenger Nubank has also raised $300 million this week from a collection of unnamed new investors.

Nubank is the second biggest credit card issuer in Brazil, following Itau Unibanco Holding. It is another new financial institution aiming to tap up the underbanked market in Brazil.

Data gathered by Instituto Locomotiva indicates that there are 45 million people in Brazil who do not have access to a bank account.

This band of underbanked people come from low-income households, and usually engage in informal labour through which they receive their salaries in cash.

Of the total number of unbanked Brazilians, 62% live in the interior of the country and almost four out every ten live in the Northeast (39%).