Metro Bank has unveiled a new version of its account onboarding for small and medium-sized enterprises (SMEs). It claims the new sign-up process takes “just 15 minutes”.

Businesses can use it to open a Metro Bank account and apply for a Bounce Back Loan Scheme (BBLS) grant, either via the app or online. 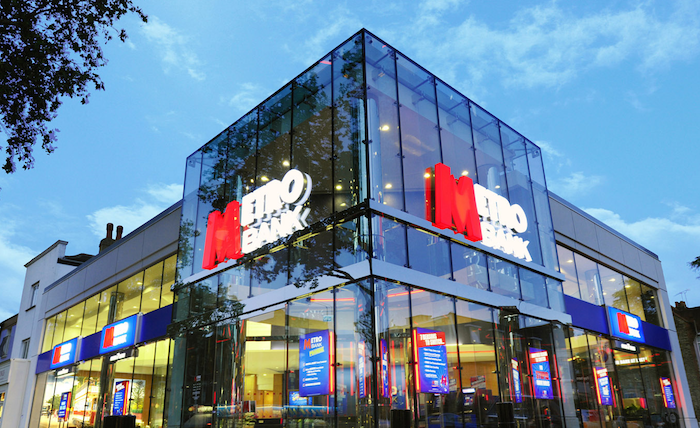 The bank launched its beta for the new onboarding in August.

Now open to all, the new application process arrives a full four months after the UK government launched the BBLS, which started accepting applications on 4 May.

The scheme offers SMEs hit hardest by the coronavirus crisis government-backed loans of up to £50,000.

The loans last six years, with the first 12 months of interest paid by government, after which it moves to 2.5%.

Metro Bank landed its accreditation to issue loans under the scheme at the end of May.

It says the 15-minute application software is part of its commitment to the Capability and Innovation Fund (CIF).

This is the same fund the UK lender returned £50 million to back in February, admitting it would not be able to deliver on all the promises it made to the fund 12 months prior.

How the new onboarding works

It also uses selfie ID verification, much like the Know Your Customer (KYC) process UK challengers use to onboard new customers.

Businesses can receive their debit card in the post or collect it at a nearby branch. All new SME customers also get access to “a dedicated” local business manager.

Metro Bank says the onboarding only works for sole traders and single directors for now. It will work for multi-director onboarding later in the year.

What else has Metro Bank done?

In October 2019, the bank launched an in-app business insights tool.

Two months later, it released MCash, which allows business customers to pick a day for cash pick-up or drop-off.

Then last month, Metro Bank went live with digital receipt manager Sensibill. It plans to embed “essential daily tasks of invoicing, receipt management, bookkeeping and VAT returns” into its app in due course.

The bank has also signed a new tech partnership with Wipro. The same month, it acquired RateSetter, one of the UK’s largest peer-to-peer (P2P) lenders.

The bank’s chief commercial officer (CCO), David Thomasson, says Metro Bank still has a number of products to launch yet.

“We’ve got plenty more exciting product initiatives planned, both for personal customers and businesses, which we look forward to sharing in the coming months.”