Knowing how the story ends 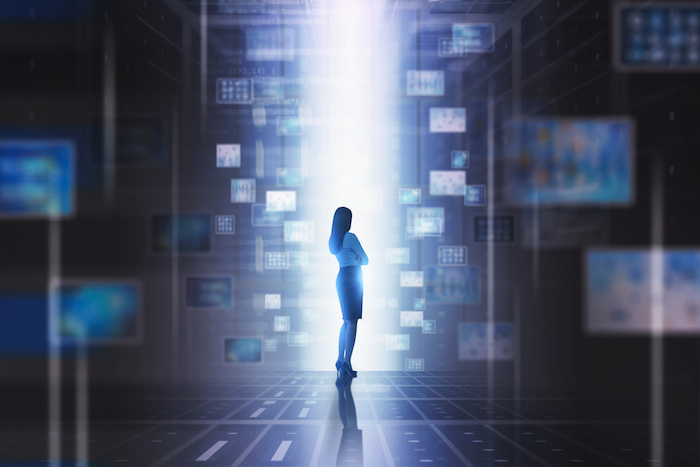 “Where do I begin?” If you have ever asked me, you know my answer is always the same: in the middle

We are living through decades of unprecedented technological progress and rather than unleashing its transformative potential for our organisations, for our communities, for ourselves, we spend our lives looking at the change, taking a guess at the least scary potential outcome, declaring it inevitable and then settling in to wait till the storm of getting there passes.

We call it “innovation strategy” and it comes with a budget and licence to play, while the rest of the business does the things grown-ups do to make money.

If only life and business worked that way…

How many times a day do we hear that phrase?

If you have ever asked me, you know my answer is always the same: in the middle.

Start in the middle.

Because the middle is messy and where everything happens.

But whatever you do, don’t start at the end.

If you start where you ended up and work backwards, whether you tell me the story or not, I will learn nothing about how you got to where you got to.

I will only hear about where you are today.

And that’s the story I need to hear.

Not because I am curious, but because that’s where we all need help and inspiration. The moment when the next thing is not clear.

And truth be told we have not done each other many favours here.

From Hollywood to Fintech Legends, we tell stories of businesses, careers and lives as if the happy ending was foretold and axiomatic and all it took to get there was a journey of grit and determination in a swift and impassioned montage.

I don’t know who these people are.

In my life all I have learned is that grit and determination are needed because things never work out as planned or expected and you need to pick yourself back up, take stock, do some accelerated learning and start again.

To be able to do that you need a north star.

You need to be going somewhere, otherwise why bother?

So I am suspicious when I hear stories of linear inevitability.

Not just because I am convinced these folks are lying to me and possibly themselves but because, collectively, these narratives are having a seriously deleterious impact on the industry.

And I don’t just mean the young entrepreneurs who don’t take advice because, in the stories, the naysayers are the bad guys and pivots are Road To Damascus moments and somehow the two look profoundly different from the far shore or a story. Less so in the mire. And opportunities are missed in an industry that has forgotten how to tell determination and obstinacy apart.

That’s not what I mean.

The damage I speak of refers to the businesses that have cash to burn and burn it they do.

Because they have set their sights on how the story needs to end, have positioned themselves on the road, facing towards the Emerald City and the rest shall come.

And that is not just naive, it is dangerous.

Life waits for no man and time waits on nobody.

And yet I have spent the entirety of my career seeing organisations set their hearts on a future, declaring it inevitable, deciding what risks they are not prepared to take in order to get there (as if that was a choice) and then sort of wait life out.

“I will pray for you, miss”

“So do you really not believe that the democratic, territorially-bound nation state is the culmination of human civilisation and the inevitable outcome of inexorable human progress, the happy ending of modern politics?” Words to that effect were spoken to me about 20 years ago, outside an LSE classroom.

I had just finished teaching a year’s worth of classes on the evolution of modern state forms. The whole course was about how, what we consider good and inevitable today, inside our nation states with their representative democracies and moral high ground, is just a step on a road of shapes and ways of organising public life that felt as inevitable (if not as good) to those living inside them.

“Glad you’ve been paying attention,” was my sentiment if not my exact words.

“I will pray for you, miss,” said my student. And walked off.

But I have thought of him often as I sit in meeting rooms with executives who have decided what future they would like to be a part of, bought themselves the right hat and now are waiting for things to play themselves out to the inevitable curtain call.

And they believe, just as my student did, in Progress.

In things moving in one direction – with no wrong turns, dead ends, reversals and roundabouts.

In things moving towards things that are Better – with no stated awareness that Better is contextual, situation-specific and looks very different for the Haves and Have Nots.

And above all, they seem to believe that those who have a seat at the table today will stay there, those who hold a hand of cards today will be in the game no matter how that hand is played. That the hand may change but the game will not. So they do what they can to strengthen that hand. Blind to the world changing in ways wild and unpredictable. Blind to the radically shifting change of the game itself, the players and what winning may look like.

The bank grudgingly accepts the future will look different.

Technology will have to be used differently.

So the bank gets itself a lab and a couple of partnerships with accelerators. It funds conferences and pilots with funky start-ups.

The same bank has a payments’ gateway that leaves some of its subsidiaries exposed and others swimming in unused liquidity because of the foibles of time differences and misaligned working weeks. Or has no identity management infrastructure so when a customer comes of age, moves house or gets divorced the system needs to re-onboard them as a new customer. Or its loan management system requires an eight-week project of harsh deadlines and long days to change an interest rate.

Picture this: the same day this imaginary bank decides to de-fund the effort to replace a piece of the above-described archeology (because of regulatory pressures needing funds be spent elsewhere, because of COVID, because of a change in leadership, because it was a Tuesday), that same bank, on the same day will issue a press release celebrating an award for its amazing hackathon programmes or the go-live of an ice-cream vending machine with facial recognition running on its very own Kubernetes cluster.

The company picked the thing, then added it to an otherwise unchanged entity, selling the same services in the same way (only now there is another line item – “also available in black”). The company has decided the future is different. Cloud native. Distributed. Immutable. Whatever.
The company can see it’s coming and has decided it needs to do a bit more than just experiment. By virtue of its business model or market position, its ticket to the races requires a bit more than a bit of experimentation.

So it does its bit. Adds some capabilities to the mix. Some investment is made. It talks the talk.

It is not unprepared. But neither is it committed.

Because the company may be confident it knows how the story ends but the problem with the future is it isn’t here yet. And the present is. Fully-loaded with its own problems and foibles. With its own opportunities and profitability. And to sacrifice the present for the future seems foolish, especially when the future looms inevitable.

So the company adds a bit of garnish to its current set-up, the thing that is needed for the future that it didn’t already have. A bit of funky kit. A few key words. Some new talent. A new division or two.

And then the company looks around the room.

Maybe a few partnerships are the way forward? Not too risky. Not too bold. Not too daring. Or at least not too alone and out there.

Besides, why would we take risks and gamble a profitable and stable present, when the future is inevitable? And not only that, but we have procured the thing, the talisman, the piece of the puzzle that was missing. So. Now we wait. For the inevitable future to happen. For the happy ending to come.

Not just because we think we know how the story ends and we will find that we are not quite right when it’s too late.

Not just because by thinking we know how the story ends, we miss out on everything we could have done and should have learned on the journey.

But because by thinking we know how the story ends, we miss out on the opportunity to be anything more than a passenger, we squander the chance of driving to a different end, we gamble away our one and only go at writing our own story, exactly when the ending is unknowable and there is everything to play for.