Even Walser is charged with helping the scaleup drive adoption among mid-tier and enterprise clients. 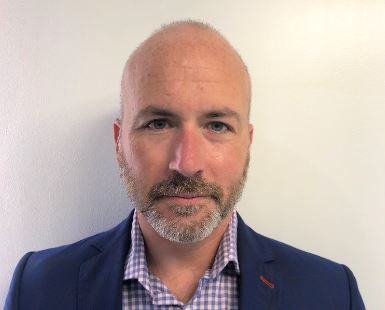 The scaleup’s focus on the enterprise space comes as it attempts to balance growth with its existing revenue streams during a COVID-19-induced business slow down.

Is there another reason for Walser’s appointment?

As well as growing its enterprise customer base – which welcomed the likes of Sage and Bulb in 2019 – GoCardless seems to have also appointed Walser for his funding experience.

GoCardless mentions in its release that he oversaw a $40 million Series B funding round for Decibel. Like Decibel, GoCardless depends on external funding. It is also not profitable, having announced a pre-tax loss of £16 million in 2018.

It’s a possibility that GoCardless, which last raised $75 million in February 2019, is also readying itself for another funding round to weather the storm of COVID-19.

GoCardless draws back growth in pandemic

The scaleup processes around $15 billion in annual transactions across 55,000 customers worldwide.

In recent years, it’s poured a huge amount into the geographic expansion of its direct debit solutions.

Casting its net on wider Europe and Asia Pacific, it also bulked out its ground teams in France, Germany and Australia. It even entered the US market, which – according to the Telegraph – it called a “particularly big, complicated and expensive” move.

This expansion meant losses more than doubled to £16 million from just £7 million in 2017.

Now, the company is anticipating a slowdown in both existing revenues and new sales due to the pandemic hampering some recurring payments for services like gyms.

“Where I was willing to let things go as we were growing and making sure we didn’t stop that growth […] that’s now switched to ‘I’ve got to protect the cash on the balance sheet for long as possible’,” the fintech’s chief financial officer, Catherine Birkitt, told Sifted in April.

But despite this temporary slowdown, Walser is confident that GoCardless is in the right industry.

“The subscription economy is at a tipping point and the enormity of the $7 trillion recurring payments market made it clear to me that GoCardless presents a huge opportunity,” Walser says in a statement.

“Credit cards are an imperfect vehicle for collecting invoice and subscription payments, principally because they fail,” he adds. “And other payment methods do not address the specific requirements for managing recurring payments efficiently and effectively.”

Before Decibel, Walser headed up sales and revenue operations for Brandwatch.