Previously head of customer service at HSBC, 33-year-old Gordon’s appointment to First Direct in 2017 made him the UK’s youngest major bank boss. 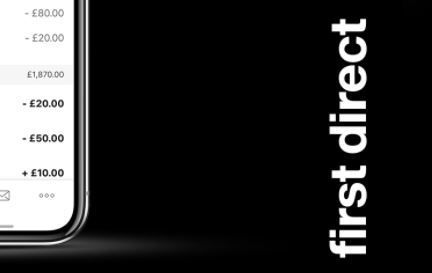 Before HSBC, Pitt held roles at TSB and Tesco Bank. He will start at First Direct in October.

The bank looks once again to HSBC – its majority stakeholder – for fresh talent. Chris Pitt, head of marketing at HSBC UK, is set to become First Direct’s CEO.

A former Sainsbury’s and BT manager, Gordon had just two years of banking experience when he became First Direct’s CEO.

Known for sitting with the call handlers at First Direct’s Leeds headquarters, Gordon was determined to centre the bank around the wave of open banking.

He spearheaded the build of First Direct’s open banking app, Artha. The bank worked with UK fintech Bud to create the app, whose best features were re-integrated back into the core First Direct app.

He envisioned First Direct, with the trust it has among consumers, could integrate a Snoop-like service to help users swap between the best gas or internet bills.

He was certain the likes of Monzo and Starling were behind in this play, lacking the trust to build such a service.

His move to Heyman AI as its head of retail banking came as a shock to the industry. The company is building challenger bank Yuu, a direct competitor to First Direct.

Before HSBC, Pitt held roles at TSB and Tesco Bank. He will start at First Direct in October.

With nearly 11 years of banking experience under his belt, Pitt is a lot older and more experienced than his predecessor, Gordon.

“He is a great fit for the bank,” says Stuart Haire, group general manager of wealth and personal banking at HSBC UK.

“[He has] a really strong background in modern marketing, digital propositions and banking.”

Read next: OakNorth appoints Raj Cherabuddi as VP of engineering