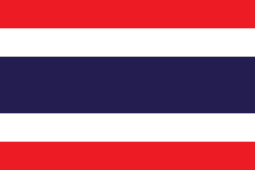 Krungsri is the fifth-largest bank in Thailand. It was acquired by Mitsubishi UFJ Financial Group in 2013.

According to Murex the bank sought to simplify its IT infrastructure. FX, cash, money and fixed income operations.

Murex adds that it had become crucial for the bank to consolidate systems shared between Krungsri and MUFG. It wanted “one single integrated front, back, and risk platform”.

“We chose Murex to be our long-term partner because of its longstanding expertise in complex data migration and re-platforming,” says Krungsri head of global markets Tak Bunnaq.

“We could still manage higher volumes with 50% of the workforce during the COVID-19 crisis thanks to MX.3.”

Bunnaq adds that confirmations are “flawless” on the system, and that its end of day (EOD) time by “a factor of ten”.

Earlier this month Krungsri received approval from the Philippine Competition Commission (PCC) for a majority stake in Security Bank.

In 2019, Security Bank signed a partnership with Krungsri to further expand its retail services offered to Filipinos using the Thai bank’s strategies.

Eight of the ten largest commercial banks in Thailand are using Murex technology.

“We are proud Krungsri is now an active user,” says Guy Otayek, CEO of Murex APAC.

“This on-time collaboration was only possible because of active and engaged participation from everyone involved.”