The Consumer Finance Bureau (CFPB) has posted a $122 million settlement with TD Bank over its overdraft enrolment scheme. 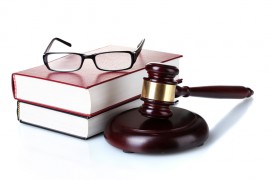 TD Bank is providing $97 million in restitution after it was found to be charging consumers overdraft fees without consent.

The bank sold its optional overdraft service Debit Card Advance (DCA) to new customers as a compulsory but free service.

DCA was in fact an optional feature, and the bank charged customers $35 for each overdraft transaction paid through it.

“In some instances, TD Bank engaged in abusive acts or practices by materially interfering with consumers’ ability to understand DCA’s terms and conditions,” reports the CFPB.

Based in Cherry Hill, New Jersey, TD Bank operates about 1,250 locations throughout much of the eastern part of the US. The seventh-largest bank in the US by assets, it is the US subsidiary of Toronto-Dominion Bank.