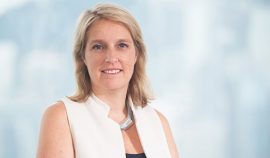 Prior to her time at UBS, Rüst spent 10 years at digital platform company Exicon, which she founded in March 2007.

She will be based at Standard Chartered’s Hong Kong office.

In an interview with Lattice80 in 2019, Rüst says that she has founded eight different technology companies from app management to API management.

She said she joined UBS as she had “wondered whether banks are capable of change”.

Earlier this year Standard Chartered announced a three-year strategic partnership with Microsoft. The bank will deploy Azure as a preferred cloud platform.

The deal is part of a multi-cloud strategy at the bank. It plans to have its core banking, trading systems, virtual banking, and banking as a service hosted by 2025.