Silicon Valley Bank (SVB) is midway through hiring around 80 bankers in Britain, according to Reuters.

The Santa Clara, California-headquartered lender is converting its London-based branch into a full subsidiary.

The news comes as SVB bets on finding technology investment opportunities for private equity firms with piles of cash sitting on the side-lines. 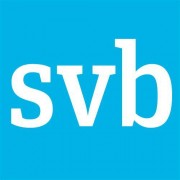 The bank has hired 30 staff in the first half of the year.

“We are starting to see pockets of activity already, the influx of US capital into UK tech had slowed since March but the phones are now ringing again and investors see it as a time to potentially start being opportunistic,” says Erin Platts, president of the UK branch of SVB.

“Historic levels of fundraising by private equity means there is a lot of capital on the side-lines, much of it time-bound, and they need to invest,” Platts says.

Fundraising in the US for tech investment has continued at a frenzied pace despite the pandemic.

It will also hire a chairman and three directors to oversee the business.

UK-based banking rivals are laying off staff, as they attempt to cut costs. This comes as Britain heads into its worst economic recession in recent memory.