Swedish start-up Open Payments has raised €3 million in a seed funding round. 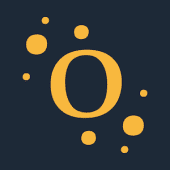 Industrifonden led the round, which featured participation from existing investors Brightly Ventures and Luminar Ventures.

This is Open Payments’ second round of seed funding. The firm raised €1.2 million in May 2019.

Founded in 2017, Open Payments enables third-party applications to efficiently integrate their services with banks through a single API.

The start-up has also built a development portal through which third-party providers and partners can develop their own brand-name products and services.

The firm has launched in Sweden and Finland, and plans to embark on a further European expansion in due course.

Kjellin says that while he believes Big Techs will have a big impact on the financial industry, they will require fintechs to partner with.

“By bridging the gap between them, we have a great position to offer our customers a flexible solution.”