The UK government’s initiative, Making Tax Digital (MTD), which aims to make tax administration simpler and more efficient for taxpayers has been live for over 18 months now.

In a written statement in the house of commons, the Financial Secretary to the Treasury, Jesse Norman, confirmed that Making Tax Digital for Income Tax Self-Assessment would become mandatory for most taxpayers in the tax year 2023-24. So, taxpayers are being encouraged to refresh Her Majesty’s Revenue and Customs (HMRC) authorisations long before then. 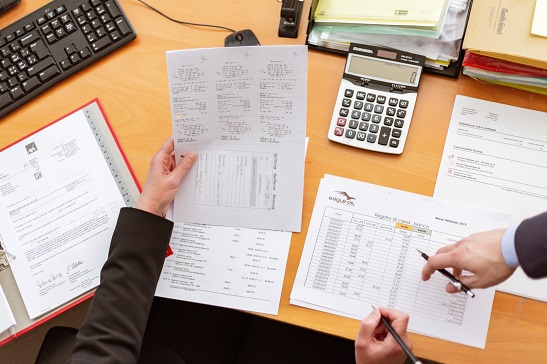 A major change is the fact that the self-employed will be expected to submit tax information every quarter.

A major change is the fact that the self-employed will be expected to submit tax information every quarter. Many self-employed workers are also registered for VAT and this is where complexity is introduced. If self-employed people do not make sure that their VAT quarters are the same as their self-employed tax quarters in advance, they will end up doing eight sets of accounts instead of four.

Taxpayers need to be careful because HMRC currently doesn’t have an online process for changing the year-end dates for self-employment. Hence if this is left until the financial year 2023-24, it could be messy with an increased workload which would have been unnecessary if they had “fixed their quarters”.

When VAT was originally proposed, questions were asked as to whether HMRC required details of all transactions to be sent to them electronically. Many taxpayers were surprised to learn that only nine of the boxes on form VAT100 were to be sent electronically.

However, digital links were still required providing an electronic audit trail between all of the transactions and those nine VAT100 boxes. So, although the digital links are not yet mandatory, many are already using them to generate a tax return.

Even considering the house of commons announcement, the principles of Income Tax Self-Assessment have not changed that much. Many of the figures that are provided as part of the SA100 series of forms are already provided electronically on an annual basis. However, business expenses for self-employment and property rental (FHL and other property) are now to be provided on a quarterly basis.

If a taxpayer has monthly accounts, the monthly figures can be submitted to HMRC and then totalled to provide the quarterly figures for submission. But, the principle of digital links remains the same, so it is possible to see an electronic audit trail between the transactions and the summary figures in the returns to HMRC.

There are a far larger number of totals provided to HMRC than just those coming in from the SA100 forms, so there also needs to be a digital audit trail for each of those figures too.

Similarly, additional information is provided on bank account interest received, where that interest is reported by bank account and not just a total for net and gross. Also, charitable donations are reported on the basis of totals by each individual charity.

One area where there is a substantial shift, however, is in the construction industry. If a subcontracting taxpayer wishes to report a different deducted figure on their tax return to that which has been reported by the contractor(s), they would also need to submit detailed figures as to what contractors they have worked for, what the payments were, how much tax has been deducted and the relevant materials costs.

For landlords with rental property there are quarterly submission obligations associated with any property income. It is a bit more detailed in that there is a separate submission for furnished holiday lettings and other property. It is important to note that this is an area in which more detailed analysis is required compared to SA105.

For example, box six on SA105 (rent paid, repairs, insurance and costs of services provided) is divided into separately analysed totals for premises running costs, repairs and maintenance and cost of services.

In principle, it is still possible to use a bridging system from other accounting software, but the number of submissions that need to be made means bridging can be a laborious process. Taxpayers should consider other alternatives.

Both taxpayers and their agents need to think carefully about the accounting periods to use. If a taxpayer is also VAT registered, they can use the same starting data for submissions to MTD VAT and MTD ITSA. However, if the period dates do not coincide that will create a great deal more additional work.

For any agents taking the view that they will avoid doing anything until it is mandatory, I advise that would be a mistake. The most efficient thing that the self-employed can do is to fix their quarter dates for self-employment to be the same as their VAT periods.

This may mean that some people may need to move their VAT quarter. If people do VAT on a monthly basis it will be easier, but they then need also to make sure that their tax year is 1 April  to 31 March. HMRC will treat this as being equivalent to 5-6 April, but it still needs to be sorted out in advance.”

It is worth setting up one client to participate in MTD ITSA as soon as possible, to enable agents to learn how it works now before any additional work is required.