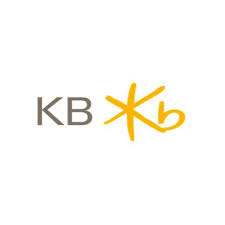 The partnership is a step towards the bank launching cryptocurrency custody services.

Jin Kang, legal and compliance officer at Hashed, writes in a blog post that KB Kookmin anticipates not just cryptocurrency, but real estate and artwork trading on blockchain platforms.

South Korea amended its Act on Reporting and Use of Specific Financial Information in March. The change recognised digital assets and classified them as taxable.

Simon Kim, CEO of Hashed, says: “Combining our insight in the blockchain industry and providing both technical and commercial consultations will inevitably open new doors to consumers as well as to the country in ushering the new era of digital transformation.”

Earlier this year it was reported that KB Kookmin is working on its own custody service, KBDAC.

The bank filed its trademark application for the proposed digital asset custody service in January. In it, the bank says it wants to trademark KBDAC in more than 20 cryptocurrency-related areas.

KB Kookmin formed from a merger between government-founded Kookmin Bank and Housing and Commercial Bank in 2000.

The bank holds assets of around $450 billion, making it one of the 100 largest banks in the world and the second-largest in its home country.