Financial technology, widely referred to as fintech, has taken the world by storm. Thanks to the emergence of smartphones and increasing internet access, many people can perform tasks from their couch when they’d ordinarily need to go to a bank.

According to the Pew Research Center, 81% of Americans now own smartphones. That’s a vast increase from only 35% of Americans when this kind of survey was first performed in 2011.

That’s an incredibly short amount of time for institutions to adapt to this new way of life, particularly banks. The banking sector has needed to become more productive so that it can compete in this brave new world. 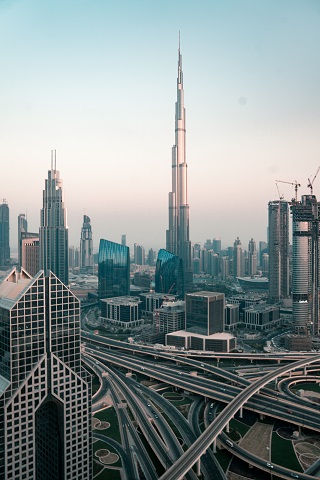 No part of the world has really taken this matter to the next level quite like the Middle East.

And there are great deals banks from around the globe can learn from the financial sector of Saudi Arabia. The country has been a true pioneer in relation to how banks can utilize this evolving technology to reach consumers like never before.

Banks from around the world have adopted new apps and technologies to make banking easier for consumers. But no part of the world has really taken this matter to the next level quite like the Middle East.

According to a report from June of 2020 by The Tokenist, there were 127 Islamic fintech firms that were Sharia-compliant all across the globe. One great example from this stat comes in the form of Insha, a German Islamic fintech firm. In June of 2020, the firm announced it would launch a new app that would provide essential services to customers with plans to expand it throughout Europe.

How precisely do these firms remain Sharia-compliant? They abide by Islamic law by not charging any interest. Customers can open accounts within minutes.

Interest has remained a critical component of banking for centuries, so it may seem impossible for firms to thrive without it. However, time and time again prove that not to be the case.

Another great example of the thriving Islamic banking industry comes in the form of Wahed, a Halal fintech firm. In June of 2020, the firm landed $25 million in venture funding from Saudi Aramco’s venture fund. This influx of money will allow the firm to continue offering customers access to invest their money in Sharia-compliant bonds, real estate, stocks, and more.

While these are exceptional success stories, you don’t see these kinds of power moves happening overnight. In fact, the Islamic banking industry had significant hurdles it needed to traverse to get to where it is today.

The banking industry is filled with regulations and restrictions. However, there is one crucial stat that shows just how at odds the Islamic world would be with this emerging technology.

In 2019, Tian Chua, chairman of the Malaysia Productivity Council, stated, “24% of the world’s population is Muslim, of which 71% do not have financial bank accounts.” Even at the beginning of the 21st century, many banks in this part of the world still had a long way to go to be on par with financial institutions around the rest of the world.

This created a significant blockade in getting the general population on board not just with banking but with new technologies. And this highlights a huge problem the sector had to contend with initially.

This was the main issue plaguing the Islamic world for years. There was no standard governing body, which prevented a greater adoption of fintech ideologies.

However, with the Islamic world making up such a significant portion of the world’s population, it wasn’t long until those two sides found some common ground. The 21st century made it easier for institutions to have a global reach, and that held true for the Islamic financial industry.

Today, you can find Sharia-compliant fintech all over the planet. And it’s resulted in significant advantages for those willing to give these new technologies a chance.

Those who got involved in this sector just a couple of decades ago have already reaped major advantages. A survey of the Islamic financial sector just a few years ago found that the industry had already reached over $2 trillion in assets. For an industry that really only got off the ground fairly recently, that’s impressive growth.

The industry offers great benefits for anyone who wants to get involved, even if they don’t necessarily live in the Middle East. Islam is present all over the globe, and it’s critical for that population to have accessible banking services that abide by their beliefs.

As we mentioned earlier, Islamic fintech firms make sure products behave in a Sharia-compliant manner. Western banks are primarily concerned with making profits through interest payments with beneficiaries liable for most risks. Islamic finance is more concerned with more equitably sharing the profit/loss balance.

Additionally, there are certain industries, such as gambling, speculation, and usury, that are forbidden under Sharia law. Some banks offer loans to casinos, and Muslims may not want their money to be used for such endeavors. Sharia-compliant firms can provide customers with the peace of mind their funds are going toward industries that are permitted under their religion.

For these reasons and more, it simply makes sense for other banking institutions around the globe to adopt similar practices. In addition to these benefits, the financial industry also needs to consider the perks of adopting Saas (Software as a Service), which comes with such perks as being less expensive, being accessible via mobile devices, and having more consistent working practices.

With more firms adopting these ideals, they too can see similar growth to what has been experienced in the Islamic world. Whereas conventional banks can redeem returns on deposits via interest rates, Sharia-compliant institutions need to actually invest in worthwhile business ventures to outdo competitors and see growth in more moral ways.

A change that’s improved the lives of millions

Any major change in an industry as large as banking is going to come with obstacles. Islamic fintech firms definitely had some growing pains getting to where they are now, but now, they are a huge force to be reckoned with in dozens of countries.

Financial firms around the world can definitely learn a thing or two from the Islamic banking world. There’s an entire demographic of people out there any firm can reach with the right practices in place.