Goldman Sachs Group is looking to buy General Motors’ (GM) credit card unit as it looks to double down on its consumer banking arm, the Wall Street Journal (WSJ) reports.

Barclays is also among a small number of bidders for the automaker’s credit card business, which has about $3 billion in outstanding balances. 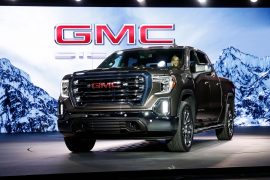 The WSJ notes that GM will make its decision in the next few weeks.

Goldman currently has a much smaller presence in consumer banking, unlike larger peers JP Morgan Chase and Citigroup.

It is also an area that Goldman’s chief executive officer, David Solomon, has been aggressively looking to strengthen.

As part of its consumer push, Goldman has been offering personal loans and savings accounts through its online bank Marcus, which has grown quickly since its 2016 launch.

Goldman launched a credit card with Apple last year that is synched with iPhone users’ Apple Wallet and can be used to buy Apple products at a discount.

In their pitches to GM, Goldman and Barclays have pushed the idea of cars as e-commerce portals, according to the WSJ.

GM’s cars are equipped with in-dash e-commerce technology. It allows drivers to order food, find fuel or reserve hotel rooms by tapping icons on the dashboard screen, instead of using smartphones while driving.