Ribbit Capital is forming a special purpose acquisition company (Spac) to target fintech businesses, according to the Financial Times.

The venture capital firm plans to raise $600 million for the Spac, which could be made public as soon as early August, according to two people briefed on the discussions. The firm is working with advisers to structure the offering. 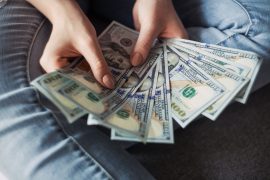 Micky Malka, managing partner of Ribbit, did not respond to requests for comment.

The plans are coming together as a host of other venture capital firms consider forming Spacs or pushing their start-ups into deals with the shell companies.

Spacs raise money from investors to acquire companies and take them public, usually within a two-year timeframe.

These vehicles have historically suffered from a lack of transparency and associations with short-term investors, such as hedge funds.

Spacs have recently experienced a surge in popularity, raising $13.5 billion in the first half of the year — double the amount raised during the same period in 2019, according to Refinitiv data.

But Spacs have only recently begun making inroads in Silicon Valley. It follows a string of deals with high-profile companies such as the space tourism group Virgin Galactic, sports betting site DraftKings and electric truck business Nikola.

The push comes as venture capitalists contend with a backlog of ageing investments awaiting “exits” through sales or public offerings, potentially weighing on their ability to return capital to investors.

Advocates for Spacs said they were a quicker and easier way for companies to go public compared with traditional initial public offerings.

But they can also be costly, with sponsors typically taking 20% of the Spac’s equity and have historically attracted companies that could not go public through other means.

Investors in Spacs effectively place their trust in the sponsor’s deal-making prowess, without any visibility into potential target companies.

The hedge fund manager Bill Ackman says he could target a “mature unicorn” with his Pershing Square Tontine Holdings Spac, referring to private start-ups valued at more than $1 billion. On 22 July, Ackman raised $4 billion for the blank-cheque company, making it the largest in history.

Bow Capital Management, a venture capital firm with backing from the University of California, is also aiming to raise $350 million for a Spac targeting tech businesses.

Ribbit, formed by Malka in 2013, has developed a reputation as one of the most prolific investors in fintech start-ups, backing groups such as the cryptocurrency exchange Coinbase and trading app Robinhood.

The firm has filed regulatory documents to raise $420 million for its sixth flagship fund after raising an equal-sized vehicle in 2018.