Robinhood, the US stock trading app, has landed $320 million in fresh funding, valuing the start-up at $8.6 billion.

The cash injection pits the fintech’s latest Series F funding round – announced back in May – at $600 million. 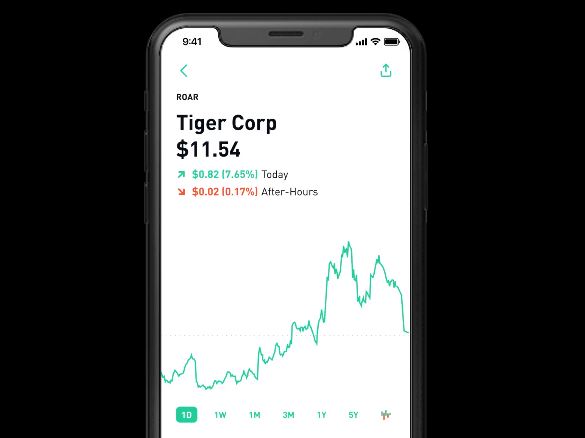 The start-up’s valuation has jumped a whole $1 billion since its last pre-money valuation at $7.6 billion.

The first part of Robinhood’s Series F was led by existing investor Sequoia Capital, with participation from Ribbit Capital and Unusual Ventures.

Robinhood said in a May blog post that the round will fuel new hiring’s, products and improved operations.

The fintech experienced record new account openings in the first quarter of 2020.

In May, the fintech said three million new accounts had been opened. Half of these new customers, it said, were new investors.

This March, Robinhood made $60 million according to Bloomberg. That’s triple what it made in March 2019.

Death of a user

Robinhood’s rapid rise in both popularity and value has raised questions around the start-up’s values.

“How was a 20-year-old with no income able to get assigned almost a million dollars-worth of leverage?” Kearns said in a note before he died.

Robinhood has not revealed the details of Kearns’ account. Forbes speculated that the student was trading “a bull put spread” which produced an unexpectedly large stock position in his portfolio.

The fintech has since made major changes to its platform, especially around options trading. It has also made a $250,000 donation to the American Foundation for Suicide Prevention.

In March, the fintech came under fire after it locked millions of traders out of their accounts on three separate occasions.

Robinhood is facing three lawsuits due to the downtime, one of which is a class action case based out of Florida.

“If we find out they knew [about capacity limits] and didn’t do anything, then we will pursue punitive damages,” Florida-based attorney Mike Taaffe told FinTech Futures in March.