Monzo’s co-founder, Tom Blomfield, has left the challenger bank’s board, according to a Companies House filing.

The filing states that the termination occurred on 17 June 2020, nearly a full month after news of Blomfield’s new role broke.

He made headlines back in May when it was revealed that he would step down from his role as chief executive officer (CEO) and become president of Monzo. 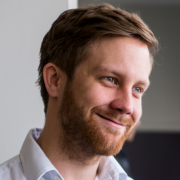 Whilst Monzo’s US CEO, TS Anil, heads up the day to day operations and oversees the bank’s regulatory activities, Blomfield’s new role as president focuses on the long-term product innovation for the bank.

According to The Telegraph, Blomfield is still expected to attend board meetings and will keep his shareholder voting rights, but he will not be given an official board observer role. The publication also reports that Blomfield owns around 5% of Monzo’s shares, valuing his stake in the company at £62.5 million.

Shortly after the coronavirus lockdown began, Blomfield decided to forgo his salary and top executives took a 25% pay cut, as well as Monzo placing 295 members of staff on a voluntary furlough scheme.

Rippon stepped down from Monzo in January to focus on his alpaca farm business, announcing that his 27 years working in the financial services industry was finally up.

However, Rippon notes that although he need “time to recharge” his intention was “to come back to banking”, revealing that more than 200 opportunities have flown his way since January.

Although the gesture was welcome in the industry, the bank still cut up to 120 jobs in an effort to save cash.

Monzo recently completed a £60 million funding round at a 40% discount, placing Monzo’s valuation at around the $1.25 billion mark.

Read more: Is Monzo’s 40% drop in valuation a sign of things to come for tech start-ups?