Thalhammer will be joining Deutsche Bank in October.

Stefan Hoops, head of the corporate bank and member of the group management committee at the bank, announced the news via LinkedIn on 17 July. 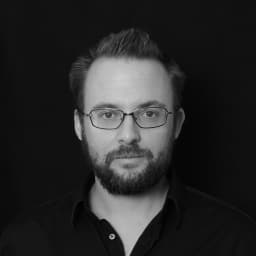 Thalhammer will be joining Deutsche Bank in October.

Thalhammer will be responsible for the payment solutions for companies that do business directly with the end customer.

To do this, retailers need to be able to provide their customers with different payment methods. German news publication, Handelsblatt, reports that the bank wants to focus on offering this solution to its customers.

Last year, Deutsche Bank was awarded a contract by the soccer club Eintracht Frankfurt for a payment system that should be valid from the 2020/21 season.

“Banks would “inexplicably” largely leave the business-to-customer (B2C) area to fintechs and paytechs,” Hoops writes, “even though economic activity is currently taking place there”.

So far, this also applies to Deutsche Bank. The institute has a substantial number in payment transactions, but has so far mainly dealt with payment flows between companies or from bank to bank.

Offers for B2C payment solutions from retailers to end customers are still a young business area for Hoops’ division.

See also: Andreas Bittner steps down as co-founder of solarisBank

Hoops plans to double revenue from areas such as platforms, fintechs and ecommerce, from around €100 million to €200 million by 2022. In recent months, the bank has already started to strategically realign its cash management area and is working on initial projects.

Thalhammer’s task will be to develop new offers in this field. Before joining Wirecard, he was a consultant in the field of payment transactions and fintechs. For four years he has been a partner at Paymentandbanking. The company emerged from a blog by fintech enthusiast, André Bajorat.

Deutsche Bank has grown considerably in the payments environment in recent months. Bajorat was initially hired in January at the corporate bank run by Hoops.

Rafael Otero shortly joined, who is highly recognised in the payment scene and also blogs at Paymentandbanking. Unlike Bajorat and Otero, Thalhammer will not report directly to Hoops, but to the head of cash management, Ole Matthiessen.