Andreas Bittner steps down as co-founder of solarisBank

Andreas Bittner, will be stepping down from his role as the co-founder of solarisBank, according to his latest LinkedIn post.

Bittner writes that his five-year contract with the banking-as-a-service platform came to an end on 30 June. He also adds that he will be staying on as a shareholder. 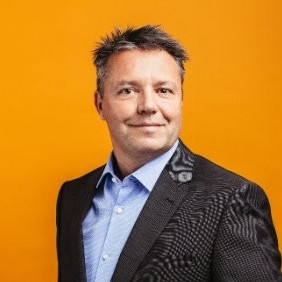 “You could hardly have written a better story: around that time, five years ago, we submitted our banking licence application to BaFin and exactly today, five years later, solarisBank was able to announce the success of the C-round of €60 million and a valuation of about €320 million.

“What a success story. Thanks to all colleagues on the board, employees and fellow campaigners who have now secured this success and special thanks go to my co-founder, Marko Wenthin.

“And sometimes these stories take a very special turn: when we started five years ago, I thought we would be bought by Wirecard one day… Take care of my solarisBank and watch out for more.”

According to his LinkedIn, Bittner split his time between solarisBank and working as a venture advisor at FinLeap from June 2015 to February 2016.

He also served as a board member at Avaloq Sourcing for a little over two years. Prior to his board roles, Bittner was also a managing director at Fondsdepot Bank.

It recently launched ‘Splitpay’ with Amercian Express. The new solution allows users to choose a repayment plan with AmEx when buying items on German e-commerce platforms.