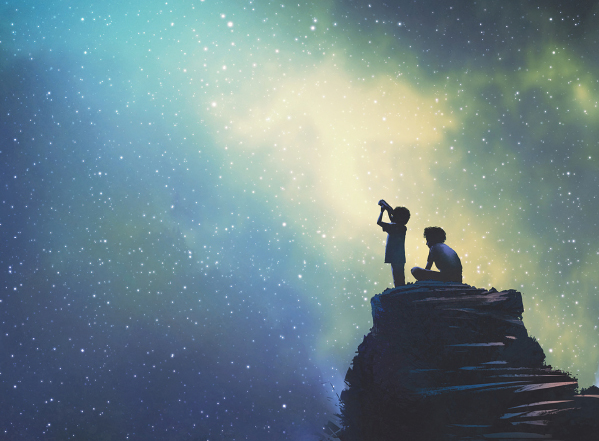 “You are the biggest fraud ever perpetrated upon BNY Mellon,” said a friend once. He was laughing.

And these are not the words you want spoken about you within the hallowed halls of a heavily regulated GSiFI (globally significant financial institution, for the uninitiated).

He found me a little pessimistic in outlook and wasn’t having any of it. Especially in light of a group we were both part of and I had sort of accidentally made a thing. We called ourselves the Optimists. We chose each other on three simple vectors: people who are brave enough to ask for help; people who are wise enough to offer help; and people who don’t believe problems are where the journey ends but where we roll up our sleeves, put our heads together and make things happen.

The Optimists were always bigger than myself, bigger than each of us and the organisation. And that was the point.

But how, how, can the person who made the Optimists a recognised corporate structure inside the bank (that was me) be such a pessimist? How can you, asked my friend, be so consumed with the worst case scenario?

He was really baffled that the Queen Optimist does all her business planning under a big black cloud.

I was equally baffled that not everyone does that.

How else do you take on the great unknown, if not by thinking what the absolute nuclear scenario may be, taking stock and deciding “I’ve got this”.

I don’t know how to be optimistic in a “on s’engage et puis on voit” kind of way and honestly it didn’t work out for Napoleon all that well.

In life and business, vanilla optimism is dangerous.

“I want this, therefore I am going for it” is admirable only in high school movies and tales of doomed chivalry.

“What can possibly go wrong?” is not a quip as you shrug your shoulders and step into the fray.

It is an actual question. It is *the* question. Especially for an entrepreneur. But increasingly for a corporate decision maker too, as time runs low and windows of opportunity close.

This is how it goes:

I want this. Insert goal here. It may be a business idea. A new market. A new venture. Or a meaningful but complicated piece of transformative work for your bank.

I want it. It is the right thing to do and I am the right person to do it.

Therefore, I am going for it.

Before I go, however, I ask: what can possibly go wrong? What are all the things that can go wrong?

What assumptions have I made about this business that may not stack up?

What dependencies do I have that may fall through?

What resources do I need that may dry up?

Whose goodwill am I counting on that may not materialise?

Where can this stall and fail, if timelines stretch out, mindshare shifts or funding dries up?

And what happens if any of those things fail to live up to my best intentions, my high hopes and my hopeful demeanour?

What happens if all those things explode at once?

I will tell you what happens.

Because you thought about it. Your list of ‘what can possibly go wrong’ entailed being hit by a meteorite, your CTO being eaten by a dinosaur and the market shifting twice before you finish your MVP.

You know your corporate overlords have a short attention span and want to hear the punchline before they hear the joke.

You had this. You were ready with a plan B, C and D. But also and above all, you were mentally prepared for adversity. So you didn’t miss a beat. You didn’t falter. You wasted no precious time feeling sorry for yourself, re-planning in stunned surprise. You expected things to go wrong. No plan survives first contact with the enemy. To know that, is to deal with that.

That is my brand of optimism. It doesn’t always come with a cheerful disposition.

It’s about preparing for the worst so the best can happen. Not because the world conspired to help you.

But because you will be damned if you will let the world and its conspiracies get in your way.

Murphy is your homey

You know Murphy’s law, right? Anything that can go wrong, will.

It is funny ‘cos it is largely true.

There is no business that moves in a linear fashion. No idea that reaches maturity without reversal. No startup that thrives without flirting with death. No programme that succeeds without almost stalling. No triumph without at least a false start. Or ten.

And when whatever it is hits and it is not what you prepared for, deal with it.

None of us were prepared for the pandemic. How could we be?

Most of us were not prepared for the financial crisis. And maybe we should have been.

When it comes, you rally. Or should do, at least.

Risk or opportunity, it never comes in the shape you expect or the moment you wish for. It never looks “just like we practiced”. But we practice and plan and anticipate because we know it will come and when it does we have to dodge, duck, grab.

Make the most of the opportunities, mitigate the damage, handle the risk. That is what business is all about.

And that is all I have to say today.

Because honestly, I don’t think we remember.

The new decade has dawned and things we knew were not sustainable are finally out with a COVID-sized bang.

The things we always knew we had to do now have to be done.

You need enough optimism to get up and go.

Enough pessimism to plan and ready yourself.

And all the realism you can muster to deal with the messy middle.

Entrepreneur or corporate warrior, being able to dream the future isn’t enough. Getting there is a long series of averted disasters and survival. That’s the skill. That’s the trick. That’s the story.

“If I ever have a dog, I would call it ‘Almost Soup’,” I said to someone recently.

Only there isn’t and that is the point.

I read a book by Louise Erdrich a few years ago. In the book, a small girl saves a small dog from the soup pot because, apparently, puppy soup is a Chipewa delicacy but she was an iconoclast and much preferred a pet. The dog and its salvation were not key to the story. Neither was the name the little girl gave it, and I imagine her saying it out loud for the first time, looking over her shoulder at the almost killers as she walks away, the dog nestled in her arms: “Almost Soup”. That’s its name.

What a name for a dog.

And what a blessing, to know what horror could have been and hasn’t.

And that’s the moral of the story, boys and girls.

And that is all it takes. Hard as it is.

For the business leaders and the entrepreneurs, for the decision makers and the strategists. For people trying to drag their companies out of a post COVID slump. For folks trying to get their lives back on track.

It’s the other stuff.

The stuff that can and does go wrong, every day. The stuff that would throw you off, if all you had was positivity and a big dream.

But it doesn’t throw you off. Because you know how this goes. The finale always looks inevitable. Success, once achieved, looks linear. The line from dream to pedestal unbroken and silver-shiny. But anyone who has been on the journey knows – and everyone who wants to go on the journey should know – that the thing that gets you there, the in-between boils down to two words: Almost Soup. But not quite. And that’s the whole ballgame.