Samsung has chosen UK fintech Curve to power its new Samsung Pay Card in the UK.

Set to launch “later this year”, the partnership sees Curve branch out from its direct-to-consumer bank card consolidation offering, to a banking-as-a-service model with a heavyweight first client. 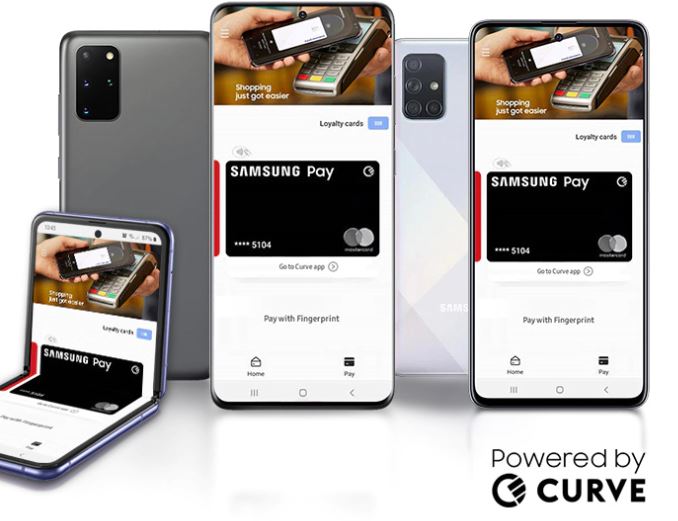 The core product is the same, allowing Samsung users to sync multiple loyalty and bank cards all in one place.

A Curve spokesperson told FinTech Futures that a big draw for the deal was that Curve already bridged the gap for Samsung Pay to be used by certain bank account holders – as UK banks such as Lloyds, Barclays, Monzo, and NatWest still do not support Samsung Pay.

Samsung’s struggle to land banking partnerships was somewhat alleviated in November 2019, when Curve – which works with the majority of Mastercard and Visa debit or credit cards – added compatibility for Samsung Pay.

Major banks tend to go with Apple Pay over Samsung Pay because Apple’s iPhone has tighter controls on near field communication (NFC) technology, whereas Samsung has a more open ecosystem which gives third-party developers access to Androids.

Acting as an “over-the-top banking platform”, Curve consolidates all a consumer’s credit and debit cards into a single Curve card issued by Mastercard. The fintech also offers features such as being able to change the bank or credit card an item was billed to.

Its partnership with Samsung will help the mobile wallet provider skip steps previously holding it back from wider consumer adoption. Not only that, but it will also take the offering further, allowing Samsung users to view all their bank accounts in one place – a feature Apple Pay and Google Pay do not yet offer.

Samsung Pay’s corporate vice president in the UK and Ireland, Conor Pierce, says the new Curve-powered card will help the mobile conglomerate expand its banking offering, and flesh out its benefit and reward schemes.

It is not confirmed whether Samsung customers will receive a physical or virtual card, but more details on the launch will arrive later this year.

The partnership is a major win for Curve and could see its service pick up much wider adoption. In November, leaked numbers stamped ‘May 2019’ suggested only 72,000 of the card provider’s 500,000 customers were active and used the card at least once a month.

Samsung had roughly 893 million active devices in 2018 according to Newzoo, offering Curve a gateway to millions of potential users.